When so many email addresses on journal articles don’t work, we have a problem. 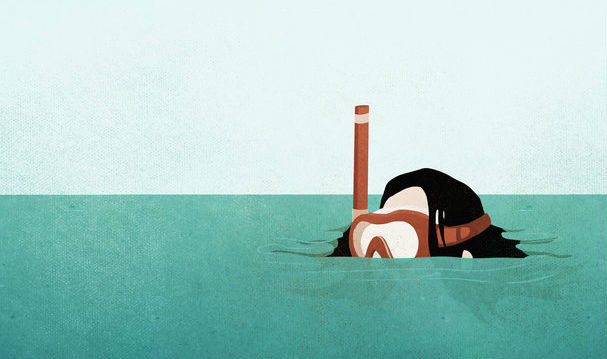 Nearly one-in-five email addresses in the MEDLINE literature database are invalid, according to a report posted on the bioRxiv preprint server in May.

Raul Rodriguez-Esteban of the Roche Innovation Center Basel in Switzerland and his colleagues emailed 265 random author addresses in the MEDLINE bibliographic database of the US National Library of Medicine, which contains more than 25 million references to journal articles in the life sciences.

Fifty-two yielded bounceback messages, indicating the addresses were invalid. The older the study, the more likely that was to happen.

Using statistical modeling, the authors estimate that 2.1% of addresses (about 69,000) go dark each year, and that 18% of all MEDLINE addresses are now invalid. (Those results, the authors note, are “less bleak” than a 2006 study, which estimated that a quarter of all email addresses go stale within one year, rising to about half by five years.)

High-profile principal investigators can usually be found with a simple Google search. But that’s not necessarily true for their teams; technicians and graduate students, who do much of the work, can often be difficult to find once they leave a lab.

That happens quite frequently in research, considering that summer students, grad students, postdocs and often technicians are temporary positions. Many team members go on to other academic posts, but some switch fields.

Others enter industry, where even if they are actively conducting research, they can seem to disappear from the biomedical literature.

"That gap, it wasn’t pleasant"

Prior to joining Roche, Rodriguez-Esteban worked at Boehringer-Ingelheim and Pfizer, where his publications were associated with corporate email addresses.

When he moved to Roche, he says, he was effectively invisible to potential collaborators until he published from his new lab.

"They couldn't contact me," he says. "They could ask people [at his old company] around me, but that gap, it wasn't pleasant."

And it isn’t only researchers in industry who have this problem.

Mark Gerstein, the Albert Williams Professor of Biomedical Informatics at Yale University in New Haven, Connecticut, lists over 200 members on his lab’s alumni page, about half of whom were PhD students and postdocs. Recently, he invited many of them to a lab reunion. But first, he had to find them.

The lab maintains a database of past members, but he’s now established a LinkedIn group, which has been particularly useful, he says. Former lab members who are on the social network can associate themselves with the lab, thus providing a mechanism for staying in touch.

If nothing else, Gerstein notes, he likes to be able to contact lab expats in case there’s ever a question about an old project - for instance, to clarify a protocol or locate a file.

Rodriguez-Esteban’s analysis was conducted as part of an 'author disambiguation' project. His team is trying to develop an artificial intelligence-based method to determine if two authors with the same name are in fact the same person.

The best way to test whether the AI was correct, he says, was to email researchers and ask them.

When his preprint went live, Rodriguez-Esteban says, he saw a few sarcastic comments on social media: "They wished their email didn’t work."

But email is really important, he says, "because it is the primary means of talking to scientists."

That would ensure authors were findable even after moving positions, but it also raises the possibility of scientific fraud, unless there were some independent way to ensure an author really was affiliated with an institution.

A third solution would be for a third-party 'scientific directory' service such as ORCID to add a mechanism for contacting authors, such as a button or form to send a message.

Laure Haak, Executive Director of ORCID, says, "At the current time, ORCID does not have these features on our roadmap."

In the meantime, it is possible to make the email addresses in an ORCID profile public; go to Account Settings > Email and Notification Preferences, and change "who can see this" from "only me" to "everyone".

Of course, even were the organization to add a messaging feature, overtaxed researchers may not read them.

"People get so much email," Gerstein says. "I suspect people would ignore the messages."

Google Scholar reveals its most influential papers for 2019

Out of date before it's published