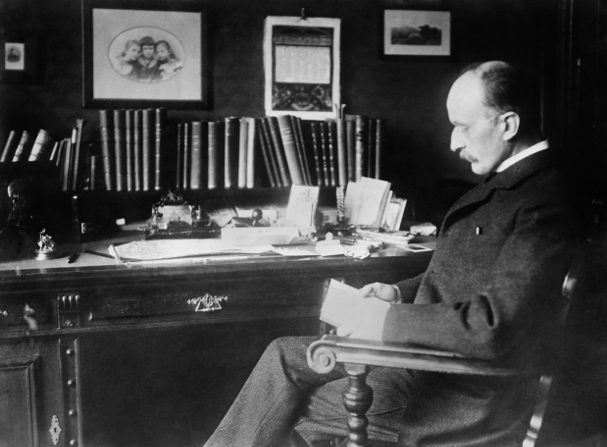 The Max Planck Society’s pursuit of knowledge over application has helped the NGO top the Nature Index ranking for non-government research organisations.

Renowned German physicist Max Planck was just six months shy of his 90th birthday when he died in October 1947. Planck’s death came at a pivotal moment for Germany, as the country was reborn after World War 2. The renaissance extended to science: the Kaiser Wilhelm Society (KWS) was wound up, and a new scientific society, the Max Planck Society, was formed – named in honour of the recently deceased physicist who, one decade earlier, had been forced from the KWS presidency after protesting the treatment of Jewish scientists.

While Planck’s legacy is often linked to his work in theoretical physics - he is credited as the originator of quantum theory - the physicist’s belief that knowledge should be pursued before considering its application has had a profound impact on the eponymous organisation, which focuses on basic research in the natural sciences and humanities. Since the 1990s, Planck’s notion has become a guiding principle of the society and key to its success, as seen in the Nature Index, which tracks the world’s best natural science research. In 2015, the organisation topped the Nature Index ranking for non-governmental organisations, and was ranked fourth overall, for its contribution to high-quality science. The society’s researchers published more than 3000 articles in leading journals included in the index last year.

Much of the Max Planck Society’s success can be attributed to its unusual funding arrangements, argues Ferdi Schüth, vice president of the Chemistry, Physics & Technology section of the Society. “Our NGO status is a very special German status,” he says. The MPS receives virtually all of its funding directly from the government. “But there is no direct influence of our ministries on the kind of research being done, he says. “The basic philosophy is that it’s a trust-based system.”

The organisation places great emphasis on hiring the best scientists – who then receive generous lifetime funding to pursue their own research interests. One of the society's newest high-profile recruits is Emmanuelle Charpentier, a key inventor of the gene-editing technology CRISPR-Cas9, who is a new director of the Max Planck Institute for Infection Biology in Berlin. As a model, funding scientists for purely curiosity-driven research is becoming incredibly rare. “In many countries, you now have to involve industry from the get-go in research programs, you have to apply to funding schemes that are always goal-driven, addressing questions defined by politics,” Schüth says.

Since the society was officially founded in 1948, its researchers have won 18 Nobel Prizes – more than any other German research organisation. While its Nobel count is impressive, it’s not the society's only evidence of major success. Across the 83 research institutes that currently make up the society – ranging from the Max Planck Institute for Radio Astronomy to the Max Planck Institute for Biology of Ageing – examples can be found that demonstrate the societal impact of discoveries made by talented scientists following their curiosity.

In the aftermath of World War II, the director of the MPS Institute at Mülheim, Karl Ziegler, was almost fired because the Institute’s Board considered his work on organo-metal compounds ‘irrelevant research’. Five years later, he discovered some of these compounds were powerful polymerisation catalysts, founding a whole new arm of plastics manufacture. “At current monetary value, this discovery brought the Max Planck Society revenue in the order of a billion euros,” says Ferdi Schüth, vice president of the Chemistry, Physics & Technology section of the Society.

Other noteworthy Max Planck researchers include chemist, Paul Crutzen, who played a pivotal role in alerting the world to the chemical destruction of the ozone layer. And biologists Erwin Neher and Bert Sakmann, who discovered the tiny ion channels our cells use to send and receive electrical messages – spawning a new branch of medicine.

Two other German organizations – the Helmholtz Association and the Leibniz Association – round out the top three in the Nature Index ranking for NGOs. “The German science system is rather fortunate,” says Schuth. “We are treated well by the government. We have seen increases in the science budget.

“Germany is basically a knowledge-driven society,” Schuth adds. “We don’t have mineral or energy resources, we have to rely on knowledge. Which I think reflects the value our society places on science and technology.”