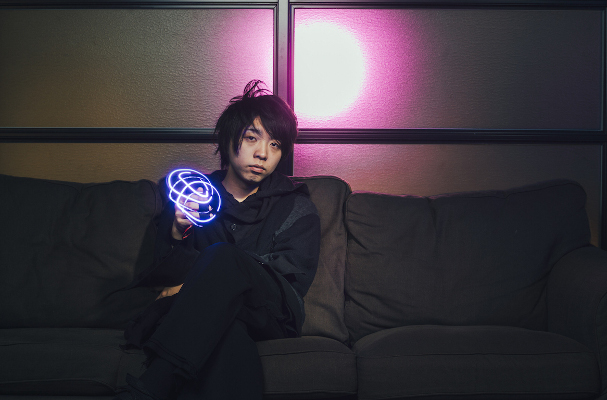 Yoichi Ochiai wants to transform online interaction. His company has developed an ultrasonic speaker that projects sound so it’s only audible in specified points in space — an innovation that could advance voice-recognition applications.

“I believe that direct manipulation of the internet, like tapping or pinching or scrolling up the browser, will be replaced with more audio technology,” says the 29-year-old CEO of Pixie Dust Technologies.

An assistant professor at the University of Tsukuba, northeast of Tokyo, Ochiai is also the type of academic the Japanese government wants to see more of: young, commercially-minded researchers with bright ideas who act as a conduit between industry and academia.

Prime Minister Shinzo Abe has pledged to make Japan “the world’s most innovation-friendly country” in a bid to reverse more than two decades of shaky economic growth. Since 1992 its gross domestic product has only risen annually by an average of 0.8%, according to data from the World Bank.

While Japan is well known for innovations in electronics, robotics and photonics, and its annual number of patent applications trails only the United States and China, by its own admission, Japanese science and tech has been “limited to our national borders and is thus unable to explore its full potential”.

That’s according to the government’s 5th Science and Technology Basic Plan, which came into force in April 2016 and introduced policies designed to help the country to become more international.

Japan’s nearly 800 universities are being urged to take on a more global outlook for their collaborations and to recruit greater numbers of young and foreign academics.

Along with these guidelines, experts say significant changes are required outside the higher education sector if Japan is to succeed in its quest to become an economy driven by research and innovation.

Ochiai may lead the next wave of commercially-driven researchers Japan is trying to cultivate, but the robotics entrepreneur and University of Tsukuba professor, Yoshiyuki Sankai, has established a pathway to success for others to follow.

While teaching and researching at the University of Tsukuba, over 20 years Sankai developed wearable robotic technology to assist people with impaired mobility. Cyberdyne, the company he founded with the university in 2004, is now building full-body robotic suits that can help a person move their limbs. The technology is life-changing, especially in a country with an ageing population. When the company went public in 2014, it raised ¥7.8 billion (USD$79 million).

It is this kind of collaborative research between universities, institutions and the private sector that the government is promoting. Its plan notes that joint projects involving universities, research institutions and industry have since 1995 “steadily increased, as has the numbers of patents held and ... income for patents in universities.” In this respect, Japan will be adding to an existing strength. Data from Nature Index show that the country already is a world leader in the numbers of such collaborations that yield high-quality papers.

But, the science and technology plan warns that collaboration between industry and academia “is yet to reach full maturity”. Limited capacity for researchers to move between the two sectors and between organizations is “leading to deficiencies in Japan’s ability to innovate through science and technology,” the plan cautions. A 2015 report from the Organisation for Economic Cooperation and Development (OECD) underscores those conclusions. It found only 2.6% of university research was funded by companies, compared to 5.2% in the US, indicating Japan’s “weak linkages between academia and business”.

To strengthen those ties, bodies in Japan have shifted towards funding research with a visible impact. Recently the Ministry of Education, Culture, Sports, Science and Technology funded the development of electrochemical transistors that can be used to search for superconductors, and the adaptation of sustainable-development models to suit a disaster-prone country with a decreasing population.

Another initiative to forge business and academic links is the recent introduction of cross-appointments. This allows researchers to work simultaneously at a university or public research institute as well as in industry, without penalty from Japan’s social security system. However, such arrangements are still rare, says Atsushi Sunami, a professor at the National Graduate Institute for Policy Studies.

The OECD report urges the country to better integrate itself in “global innovation networks”. In 2014 only 0.4% of Japanese research and development was financed from outside the country. It also says the proportion of scientists who have immigrated to Japan is among the lowest in the organization’s 35 member countries — in line with the mere 1.7% of Japan’s population who are foreigners. The result is very low levels of “international co-authorship of academic papers and international co-patenting”.

One reform, under consideration in Tokyo’s government district of Kasumigaseki, could help Japanese universities recruit global talent. The Justice Ministry has proposed fast-tracking permanent residency for certain highly skilled workers, shortening the process from five years to as little as 12 months.

The Japanese government’s goals of making universities more international and more focused on collaborations and commercializing innovation “are as admirable as they are necessary,” says Kyorin University vice president, Paul Snowden, who has worked in Japan’s post-secondary system for nearly four decades. But, he worries that smaller schools in particular are afraid to institute significant changes, unsure of how best to compete for the diminishing number of university-age students among Japan’s ageing population. Some smaller colleges and universities have begun to close their doors.

“The universities have been very nervous about instituting such reforms,” Snowden says. “Especially the smaller second- and third-grade universities who are afraid to rock the boat too much just in case the risk fails. Now, that’s the wrong approach by the universities. They should be confident that the reforms will actually work.”

One indicator that connections between universities and industry are increasing is the number of patent licenses issued by Japanese universities. According to the Tokyo-based University Network for Innovation and Technology Transfer, that figure rose to 2,841 in 2014 — a 15% increase from the previous year.

But, says William Saito, an entrepreneur and special adviser to the Cabinet Office, there are still challenges to commercializing university research, such as a lack of venture capital and strict workplace laws that dissuade people from starting their own business. He says that the government should offer financial incentives to large corporations to buy from venture companies, and that labour laws should be reformed to make it easier to hire and fire. Bankruptcy laws should also be overhauled to make it less painful to wind up an unsuccessful startup and to “make it less dangerous for a business to fail,” Saito says.

One initiative is the special economic zone in the southern city of Fukuoka, where authorities have relaxed regulations. For example, it has made easier for foreign entrepreneurs to obtain visas to start their own companies.

Cultivating a startup culture will be essential to making Japan’s innovation economy more dynamic. Indeed, the proportion of early-stage entrepreneurs in Japan was the second-lowest among the 70 economies surveyed in 2014 for the Global Entrepreneurship Monitor, a research project conducted by an international consortium of universities.

“The tendency 10 years ago was to look down on people with startup businesses,” says Nicholas Benes, head of the non-profit Board Director Training Institute of Japan. “Entrepreneurship wasn’t celebrated like it was in the US or the UK.” He urges policies that encourage universities to file patent applications earlier in the development process, and make it easier for companies to licence innovations developed on campus.

Meanwhile, this aversion to entrepreneurship may be shifting. Lisa Kikuchi is a young manager at SenSprout, a startup developing sensors that measure soil moisture and temperature to make farming more efficient. She says choosing entrepreneurship or joining a startup is becoming a more realistic option. “But this is still a very small population, even in Tokyo,” she says. “I still feel that many of my friends go into government or major companies before considering working for or establishing startups.”