Efforts to improve Japan's scientific status include top-down institutional change, but tradition is hard to break. 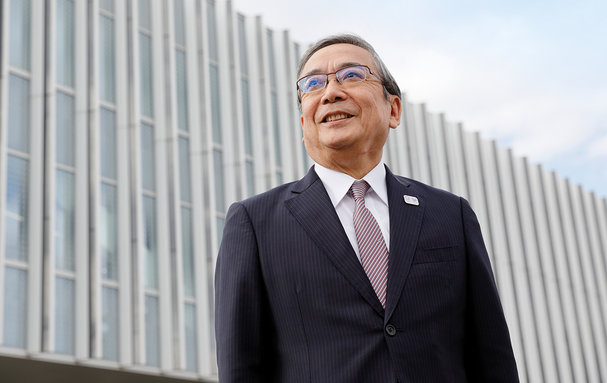 Tokyo Tech's president, Yoshinao Mishima, is determined to lure world-class students to the institution, and is prepared to make sweeping changes to make it more attractive.

In April 2016, Tokyo Tech's president, Yoshinao Mishima, made the unprecedented move of appointing department heads himself. For 137 years, positions at the Tokyo Institute of Technology had been decided by a faculty vote and a routine rotation based on seniority. Mishima’s actions rattled the administration, but they weren’t arbitrary. Revised laws governing national universities gave presidents greater discretion. The aim is to shake up the slow, consensus-based decision-making of Japanese university management, and to allow swift reform to the way universities are run.

Changing the culture of universities is central to Japan's efforts to arrest the deterioration in its research performance. Last year alarm bells rang over a 19.6% fall in its high-quality scientific output, the sharpest fall among the 10 leading research nations, as measured by the Nature Index over five years to 2016. There was a further 3.7% decline in 2017.

Changes have coincided with a period of austerity. Following rapid increases in the 1990s, the pace of growth in R&D spending has stalled since 2001, due to social welfare costs during 20 years of economic stagnation. Some blame a lack of money to employ adequate staff, more than management inefficiencies, for the decline in research quality.