Is research integrity training a waste of time? 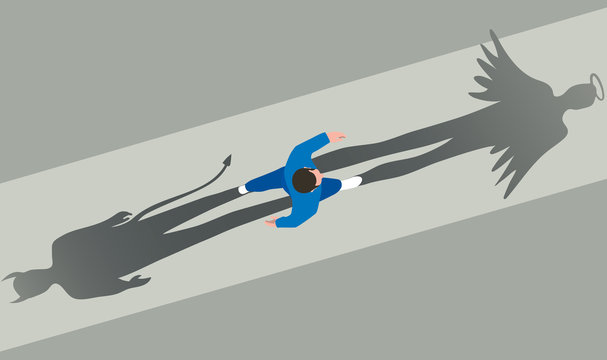 More training and clear guidelines are favoured as fixes for bad research practices, but a new study suggests that these efforts are wasted if researchers are inherently dishonest.

The study published in BMC Medical Ethics revealed that childhood education and personality traits have a greater influence on how researchers conduct their work than formal training in research integrity.

The authors write that while it is possible to teach professional scientists the rules of rigorous research, “it might be far too late to imbue them with integrity that they do not already have.”

Institutions around the world are grappling with how to best tackle the problem of research misconduct.

But even after two decades of mandated training in responsible conduct for researchers funded by the National Institutes of Health and the National Science Foundation in the US, “the evidence on effectiveness of these trainings in changing behavior of researchers remains inconsistent and weak”, according to the paper.

Learned at an early age

Priya Satalkar, lead author and bioethicist at the University of Basel in Switzerland, says that building the traits of a trustworthy scientist needs to begin as early as primary school, with formal training starting at the undergraduate level.

“Ultimately it comes down to honesty, fairness, being transparent,” says Satalkar. “You don’t need training for that during your master’s if it has already been a part of your life from early on.”

While they acknowledged the difficulty of ethical screening for research job candidates, the authors said hiring committees should assess applicants’ responses on things like how they deal with failure or whether they are willing to cut corners to achieve success. This could “give valuable clues towards personality traits and character,” the authors write.

With her colleague David Shaw, also a bioethicist at the University of Basel, Satalkar interviewed 33 researchers in the life sciences and medicine working at Swiss institutions about how they built their sense of integrity. The participants ranged from PhD students to full professors.

While around 40% of the respondents believed that research integrity training should be included in undergraduate courses, they argued that applying these concepts to lab work demanded an innate sense of honesty and fairness.

Two-thirds of the interviewees had not received formal training in research integrity at any stage of their career, and did not know if any training opportunities were available at their institutions.

Almost half of those interviewed said that their parents and teachers taught them how to ‘play fair’ from a young age, while more than one third said their sense of integrity was shaped by innate personality traits.

“I think it is because I just do not like lying. If I do something wrong, I feel bad about it,” says a mid-level researcher included in the study.

Daniele Fanelli, who studies research bias and misconduct at the London School of Economics, says that for research integrity training to be effective, the right incentives need to be in place.

One way to implement such incentives, he says, is to recognize and reward researchers who are actively promoting research integrity and conducting their work to a high ethical standard.

“This would inspire other individuals to follow their example to improve their own professional standing,” says Fanelli, who was not involved in Satalkar’s study.

Ferric Fang, a microbiologist at the University of Washington who has published several papers on misconduct, says that although structured training can be useful, emphasizing team effort over individual prestige is key to preventing unethical behaviour from becoming the norm.

“Reforming the research culture is a more ambitious goal than merely providing more research integrity training,” says Fang, who was not involved in Satalkar’s study. “But I believe it is the only way to truly address the roots of scientific misconduct.”