The higher-education advisory agency is cleaning up its registry of approved journals, but academics say the list should be abolished. 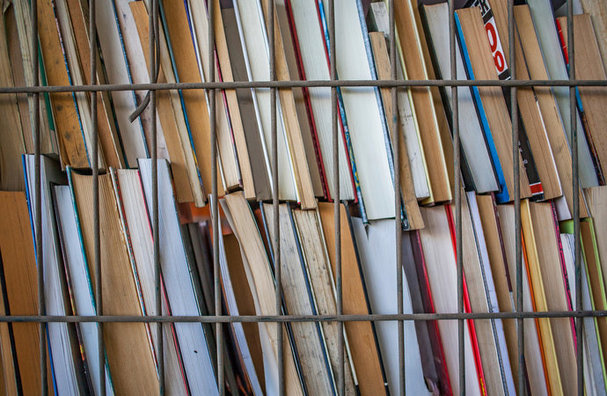 The University Grants Commission (UGC), which funds and oversees higher-education in India, has removed 4,305 spurious journals from a list of some 30,000 publications used for weighing academic performance. The UGC’s Standing Committee on Notification of Journals, evaluated the subset of journals originally submitted for inclusion by universities or listed in the Indian Citation Index, and found them to be of poor quality, or to contain incorrect or insufficient information.

The committee evaluated the journals in response to complaints about credibility. In March, researchers in India and Canada published a paper in Current Science, which found that the vast majority of the university-recommended subset were of low quality. Academic institutions must refer to the list when appointing faculty, evaluating staff performance, and granting doctoral degrees.

The UGC announced the changes on its website this week, and is reviewing an additional 191 journals on the Indian Citation Index. “This is a dynamic process,” says Virander Chauhan, chairman of the UGC committee. “It is not a frozen list.”

Bhushan Patwardhan, first-author of the Current Science paper and a biologist at Savitribai Phule Pune University, says the decision to remove the specious journals “is a good one, although a little late.”

The UGC created the list of approved journals in April 2017 as a way of helping researchers distinguish between legitimate and predatory journals. The list of some 30,000 titles was curated from several citation indices, such as the Web of Science and Scopus, as well as recommendations from expert committees and universities. But many academics criticized it for giving license to the very publications it sought to protect against. In particular, they questioned the quality of a subset of some 5,500 journals put forward by universities. Patwardhan wanted to quantitatively verify these claims.

To conduct the analysis, he teamed up with clinical epidemiologist David Moher at the Ottawa Hospital Research Institute. Moher had previously analysed 1,907 papers in more than 200 supposed predatory journals in the biomedical sciences, and found that most of the articles came from India (the United States was the second-largest contributor).

The researchers assessed 1,009 of the university-submitted journals, of which only 112 (88.9%) met basic criteria for good publishing practice. A third of the journals were disqualified for not providing essential information (or presenting incorrect details), such as the address, website and editor of the journal. The remaining journals that did not pass the quality threshold made incorrect or misleading claims about their indexing, contact details and affiliation of editors, or peer review process. “We had zero tolerance for false information,” says Patwardhan. An unpublished analysis of the entire subset of university-recommended journals matches these results, he says.

Subhash Lakhotia, a co-author and zoologist at Banaras Hindu University, says the UGC should dispense with the list entirely, instead focussing on “issuing broad guidelines on how to assess the quality of a researcher’s work.”

“Universities cannot escape their responsibility,” says Lakhotia. “We created the conditions, we participated in and promoted it.”

Some blame the growing prevalence of dubious journals in India on institutional regulations that mandate publication for career success. In 2010, the UGC introduced points-based Academic Performance Indicators for the recruitment and promotion of teachers and academic faculty in colleges and universities, which included a category for researcher papers. In 2013, it also required that PhD candidates publish two papers before submitting their thesis. This has created a “desperation” to publish, says Patwardhan, who is a special invitee of the UGC committee.

The UGC plans to eliminate the mandatory publication requirement for college teachers.

Others argue that access to digital technology, and the pay-to-publish model adopted by many open-access publications, have created favourable conditions for those who want to make a quick buck. “Why does it happen? Because there is money,” says Chauhan.

Patwardhan plans to establish an International Centre of Publication Ethics at Savitribhai Phule Pune University, which will maintain an independent list of credible journals, as well as raise awareness about good publishing practices. “Researchers today publish in dubious journals out of desperation,” he says. “We need to build academic integrity in our community.”

“The trajectory of this problem is steep,” says Moher in Canada. “It is not going to go away unless some action is taken.”