Interdisciplinary encounters across the geosciences are yielding new insights into the workings of Earth and beyond. 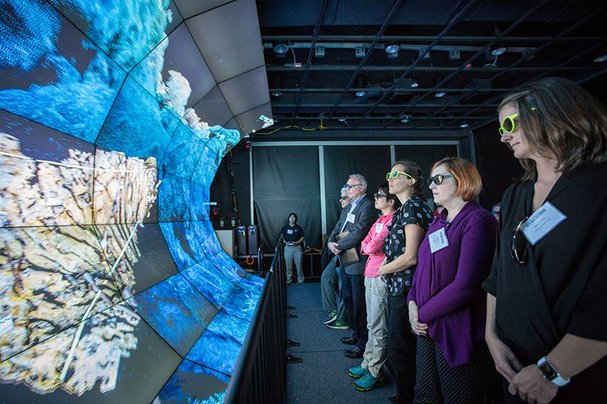 The 3D visualization system known as WAVE, is one of the technologies in use to explore ocean worlds.