The gift of paper authorship 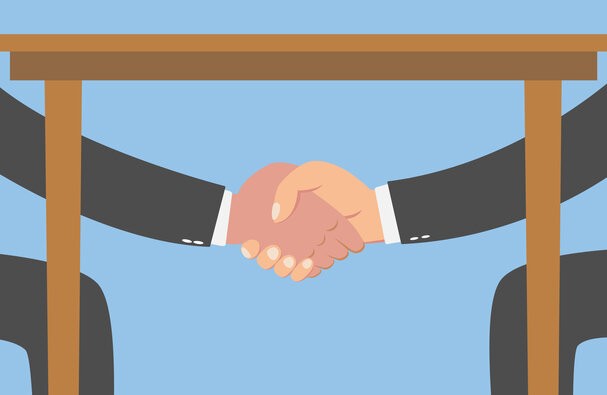 An email from a student requesting money in exchange for co-authorship on a new paper set off alarm bells for Sridhar Vedachalam, director of water at the Environmental Policy Innovation Center in Washington, DC.

Vedachalam asked the student what they needed the money for. He never heard back, but advised the student not to make such approaches to other researchers.

‘Gift’ authorship, where researchers are added as co-authors without contributing much or any work to the paper, is the most common type of research fraud in the United States, according to a new study published in the journal Accountability in Research.

The study, led by Michael Reisig, professor of criminology and criminal justice at Arizona State University, surveyed 613 researchers from 100 leading research-intensive universities in the US. Data fabrication was the least common type of research fraud, the survey found.

The many faces of gift authorship

Some researchers think that adding famous scholars to the author list of their manuscript – with or without their knowledge – will increase their chances of being published or winning a grant funding application.

There’s also ‘honorary authorship’, where senior researchers are named as authors because of their stature within the institution where the research took place, or because they helped to obtain the funding. Honorary authorship is usually given with the knowledge and approval of the recipient.

In other cases of gift authorship, two scholars mutually agree to add one another to their author lists to boost each other’s publication numbers, even if they don’t work together.

Another example is when researchers feel they ‘owe’ authorship to a current or previous colleague in return for their help or mentorship.

In his case, Vedachalam isn’t sure that the student who approached him was aware that what they were doing was unethical. Graduate students, particularly those from low- and middle-income countries, often do not receive adequate training on the ethics of publishing and authorship practices.

Authorship in return for opportunities

An environmental sciences researcher based in Sweden, who wished to remain anonymous to protect their professional network, told Nature Index that they were offered the prospect of working with a professor based in Europe after completing their PhD if they agreed to add the professor as a gift author on a manuscript.

The researcher says the senior academic was being reassessed for extension of their tenure and did not have the requisite number of publications.

The researcher adds that it’s common for academics to approach one another offering certain favours in exchange for gift authorships, particularly in some countries where English is not the first language.

“Often those who are younger seem to be seen as labour to be used or exploited,” the researcher says.

Basant Giri, a senior scientist at the Kathmandu Institute of Applied Sciences in Nepal, says he has heard of stories of gift authorship, as well as its parallel opposite, ghost authorship — where real authors are excluded from author lists.

In 2019, an international survey of almost 500 researchers led by Gary McDowell, executive director of Future of Research, an advocacy group representing junior researchers in Boston, Massachusetts, found that nearly half had ghostwritten peer-review reports early in their careers at the request of senior faculty.

“Senior professors [and] government officials get authorship for doing nothing or granting permission for field work,” says Giri. “We need to create a mechanism so that people can report such issues. The mechanism also must ensure punishment/correction systems are in place.”

Dealing with gift and ghost authorship

To combat the problem of gift and ghost authorship, Reisig says it’s important to prepare graduate students for the potentially awkward conversations they might have with their supervisor when it comes to deciding on author list hierarchies.

Establishing standardized criteria for such hierarchies would help young researchers navigate this more effectively. Some academics have developed their own systems of assigning authorship credit and creating author lists, such as point-based systems.

Some journals and publishers have started asking researchers to explain the roles they played in studies. This information is sometimes published with the manuscripts, to draw a distinction between authorship to contributorship.

Eric Fong, who studies research management at the University of Alabama in Huntsville, says ghost and guest authorships often stem from the fact that researchers differ in their opinions on what constitutes authorship.

Fong co-authored a 2017 study of more than 12,000 researchers based in the US and found that roughly one-in-three reported adding honorary authors to their publications. Women and junior faculty were the most likely to do so.

A recent paper by Fong makes the case that including false investigators on grant proposals — another common form of gift authorship — to federal funding agencies in the US is illegal under the False Statements Act.

He says there needs to be global consensus on how much involvement is required to meet co-authorship standards.

“A clear delineation over what authorship is would help,” says Fong. But as long as there are incentives to publish as many papers as possible, he adds, “you will have people who will cheat”.