5 Asia-Pacific universities that shine in the physical sciences

Physical sciences hotspots outside China, based on publications in Nature Index journals. 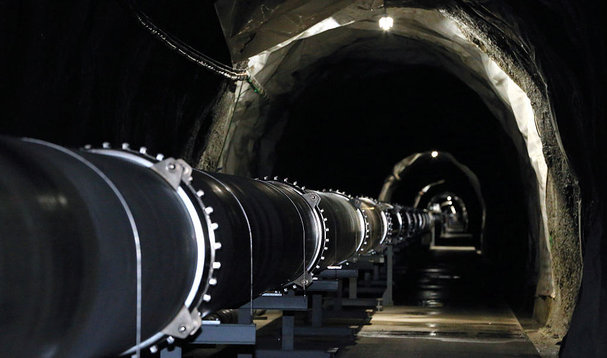 The KAGRA telescope system is the first gravitational wave observatory in Asia. It is a project of The University of Tokyo's Institute for Cosmic Ray Research and began its first observation run in February 2020.

Chinese universities have rocketed up the list of high-performing institutions for physical sciences output in the Nature Index, but a non-Chinese institution still dominates the overall list, and other Asia-Pacific institutions continue to make headway.

The University of Tokyo has been the leading producer of physical sciences articles in journals tracked by the Nature Index for three years running.

Between 1 December 2018 and 30 November 2019, the institution’s Share1 in the subject reached 198.44, ahead of Tsinghua University, China’s leading university in the discipline, which has a Share of 186.23 (listed second when Chinese institutions are included).

The National University of Singapore (listed seventh when Chinese institutions are included) is the second biggest non-Chinese contributor to physical sciences articles in the Nature Index in the Asia-Pacific region with a Share of 122.64.

It was also the only institution in this list to increase its Share since 2017, with a growth of around 20%. Singapore’s Nanyang Technological University (listed ninth when Chinese universities are included) followed in third place with a Share of 97.53.

[The Nature Index is one indicator of institutional research performance. See Editor’s note below.]

Editor’s note: The Nature Index is one indicator of institutional research performance. The metrics of Count and Share used to order Nature Index listings are based on an institution’s or country’s publication output in 82 natural science journals, selected on reputation by an independent panel of leaders in their fields. Nature Index recognizes that many other factors must be taken into account when considering research quality and institutional performance; Nature Index metrics alone should not be used to assess institutions or individuals. Nature Index data and methods are transparent and available under a creative commons license at natureindex.com.

1 Share, formerly referred to in the Nature Index as Fractional Count (FC), is a measure of an institution's contribution to articles in the 82 journals tracked by the index, calculated according to the proportion of its affiliated authors on an article relative to all authors on the article.