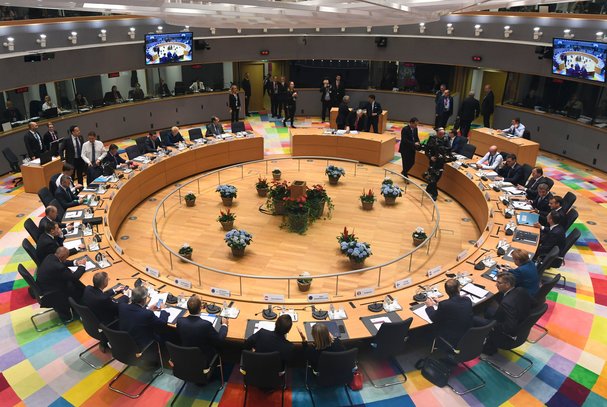 EU leaders meet at a summit in Brussels on October 2018.

Established European Union member states received some 97% of healthcare grants distributed by EU funding programmes over the decade to 2016, according to an analysis posted on 25 October 2018 in the bioRxiv preprint server without peer review.

Researchers based in Hungary and the Netherlands assessed 1,529 health research grants distributed to 3,660 institutions between 1 January 2007 and 31 December 2016 under the EU funding programmes. Overall, countries received an average €208 million in grant funding during that period, and institutions received an average €459,000. But the distribution was highly uneven, with the top five countries receiving 68% of the total amount, and the top 3% of institutions receiving 46% of the funding.

The United Kingdom was the top beneficiary of the healthcare research funds distributed during the study period, drawing in more than €1.1 billion.

But the Netherlands took the lead when accounting for population size, receiving more than €4 million per 100,000 inhabitants. "This 'Netherlands effect' proves that smaller countries can be competitive with larger countries," the papers states.