It’s now up there with confidence in the military. 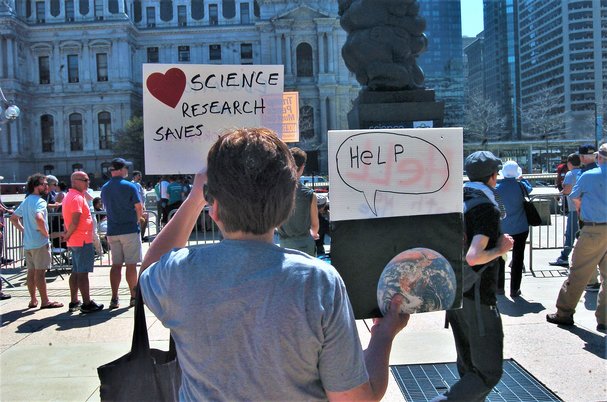 Hundreds of protesters gathered for a rally in downtown Philadelphia in support of science in 2018.

Despite the feared backlash against experts, trust in scientists has been increasing among the American people over the past four years.

In the US, confidence in scientists is now par with confidence in the military, and practitioners such as dietitians and medical doctors are enjoying particularly high levels of trust.

However, Democrat- and Republican-voting Americans clash over whether they can trust the transparency and objectivity of scientists – especially those working on environmental issues.

The new study by the Pew Research Centre highlights deep suspicion across the board about industry-funded research, and a preference for independent review and open access to data.

The study is based on the responses of 4,464 Americans surveyed between 7 and 21 January 2019 on how often they can count on scientists to perform their jobs with competence, show care or concern for the public, and present their findings or recommendations in a fair and accurate way.

The survey also explored issues of scientific integrity, such as misconduct, conflicts of interest and accountability for mistakes.

Dieticians and doctors in favour

In contrast with groups such as the news media, business leaders, and public school principals, which have been subject to fluctuations in public opinion over the past four years, scientists have enjoyed an increase in public trust since 2016. 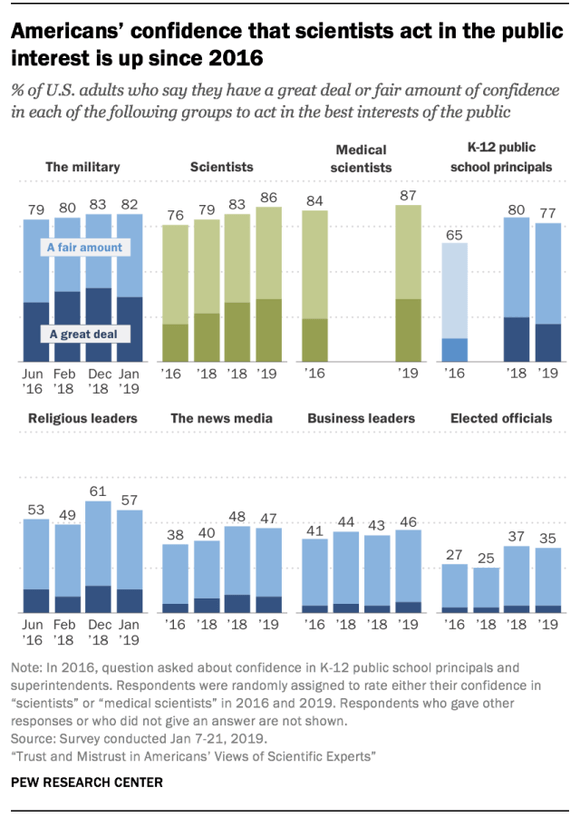 Those who enact science in their work are seen more favourably than those who research it.

For example, 47% of the respondents said that dietitians provide fair and accurate information about their recommendations all or most of the time, compared with 24% for nutrition scientists discussing their research.

A similar gap separated medical doctors and medical research scientists: 48% and 32%, respectively, say they provide fair and accurate information all or most of the time.

“Overall, 86% of Americans say they have at least ‘a fair amount’ of confidence in scientists to act in the public interest,” the Pew Research Centre reports. “This includes 35% who have ‘a great deal’ of confidence, up from 21% in 2016.”

The influence of politics on Americans’ opinions about scientists has remained consistent over the past four years.

The Pew survey found that 43% of Democrats and 27% of Republicans have “a great deal” of confidence in scientists. 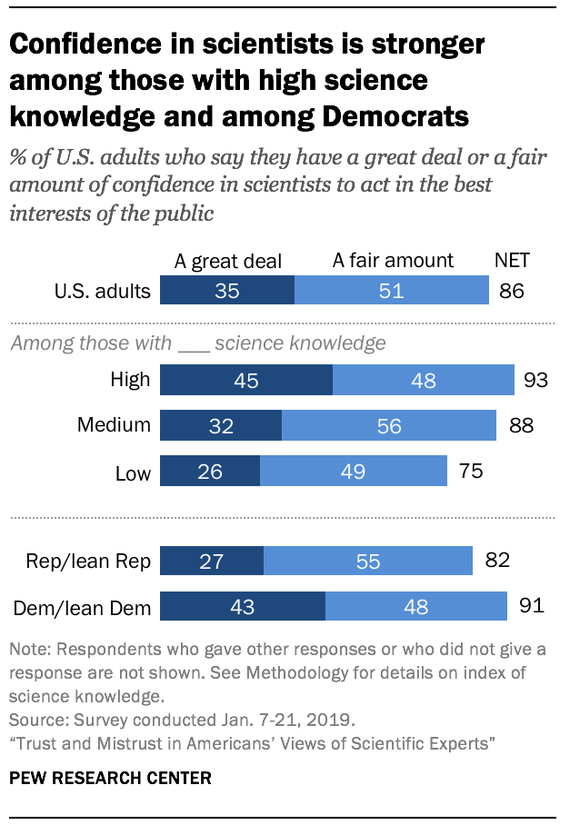 The findings recall the results of another Pew study from late July, which found that Americans are divided along party lines as to which are the biggest threats to national security: climate change, Russia's power and influence, or foreign cyber-attacks. 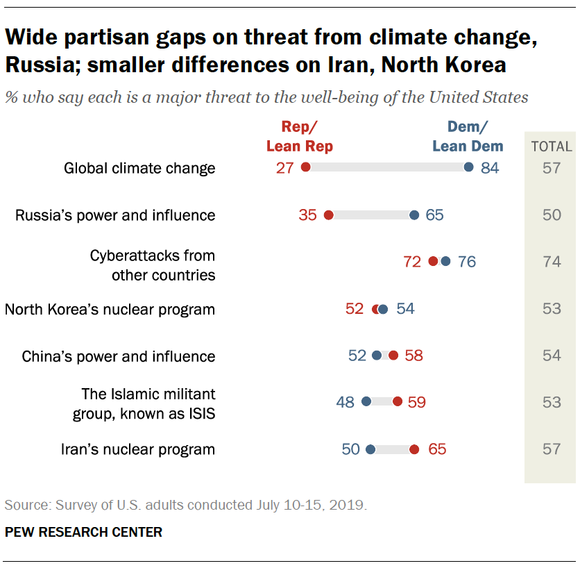 While Americans might differ in terms of which types of scientists they trust more and which research issues they take most seriously, the Pew survey on trust in scientific experts made one thing clear: open access to data and independent review inspire more confidence in research findings.

The study found that 57% of US adults say they trust scientific research findings more if the researchers make their data publicly available, and 52% say the same if the findings have been reviewed by an independent committee.

This need for transparency was reflected in attitudes towards industry funding: 58% of Americans say they trust scientific findings less if they know the research was funded by industry groups.

There was a dim view of scientists when it comes to mistakes, with just 12% saying that doctors admit and take responsibility for their mistakes all or most of the time, and 13% saying the same of medical researchers.

Transparency when it came to potential conflicts of interest was also considered a problem by the respondents, with around 15% saying medical doctors and medical scientists were open about this all or most of the time.

“Sizable shares of Americans − 30% for medical doctors and 45% for medical researchers – believe these groups face serious consequences for misconduct only a little or none of the time,” the report concludes.

Read the full Pew Report on Trust and Mistrust in Scientific Experts.

Why are scientists anxious?