Collaborating can save money but does it produce better research?

In Japan, the research institutions who collaborate the most also rank among the country's top producers of high-quality science 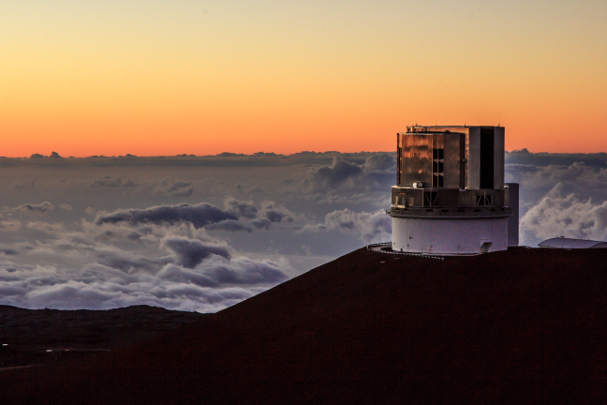 The Subaru telescope in Hawaii, managed by NINS, was integral in the discovery of five new planets and is a fine example of the benefits of international collaboration.

These days, large-scale international collaborations are a key engine of cutting-edge science, and the past 12 months have provided some prime examples. While a single paper in Physical Review Letters credited more than 5,000 researchers, breaking the record for the most authors on a single article, the 2016 Breakthrough Prize in Fundamental Physics was shared between 1,377 scientists investigating neutrino oscillations.

The Nature Index is well poised to evaluate this important phenomenon because it counts the number of authors from different institutions who contribute to every collaborative paper included in the index. This is used to assign a collaboration score to institutions and countries. In Japan, the data confirms the link between quality science and collaborations. Four of the country's top five collaborating institutions in 2015 are also among the most prestigious — the University of Tokyo, RIKEN and the universities of Kyoto and Osaka.

Rounding out the top five collaborating institutions in Japan is the National Institutes of Natural Sciences (NINS), established by the government in 2004 to manage expensive public facilities, including the Subaru telescope in Hawaii. In 2014, almost 9,000 researchers from more than 50 countries used the facilities at NINS to conduct research. “This model of designating special institutes to care for large-scale and cutting-edge facilities shared by researchers is unique to Japan,” says Amane Koizumi, a professor at NINS. Similar institutes are set up for large information systems and high-energy particle accelerators.

The prominence of NINS reflects how necessity is driving Japanese research institutions to seek collaboration. The 2016 budget for science and engineering is set at 3.45 trillion yen, down 6.4% from its peak in 2012. To help institutions cope, the government has introduced policies and programmes to foster collaboration and resource sharing among research institutes and private companies.

Yasuo Miake, a vice president and executive director for research at the University of Tsukuba, says another factor driving the collaboration effort in Japan institutions is government pressure to contribute to social innovation. There has been a mindset among some Japanese professors that universities should conduct science for science's sake and remain independent of government and industry, says Miake. “That mentality is changing now.”

A government strategy released in 2013 identified collaboration between industry, academia and government as one of six essential principles for science policy, setting targets to double, by 2030, the number of joint projects larger than 10 million yen and projects spanning more than three years. Among the institutions whose partnership with industry lead to high-impact research, the National Institute of Advanced Industrial Science and Technology (AIST) received the index's second-highest collaboration score for its partnership with industry in Japan in 2015, following the University of Tokyo.

AIST was established in 2001 with a strong emphasis on applied science and collaborations with industry. The institution underwent a major reorganization in 2015 to better align its projects to meet the needs of industry, including creating a new organization in charge of technology marketing. Today, in addition to its own 2,300 researchers, about 1,800 scientists and engineers from private industry carry out research at AIST each year.

“Ten or twenty years ago, Japanese companies were very strong and would hire their own researchers, but they can't afford to do that anymore,” says Kenji Hata, the director of the CNT-Application Research Center at AIST.