Officials move to stop the widespread poaching of the pick of researchers from China’s rural hinterland by wealthy coastal universities. 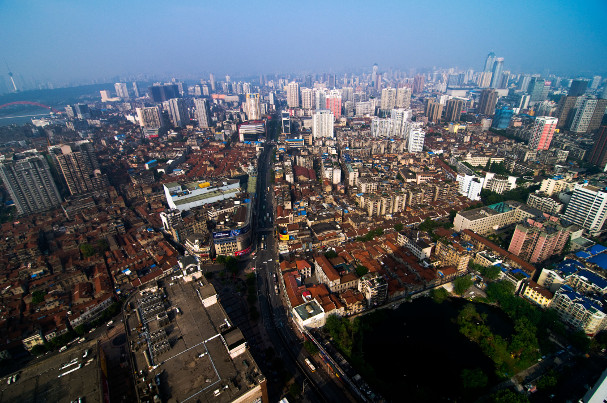 The Chinese city of Wuhan is holding onto scientific talent by investing in the local economy.

An alliance of leading Chinese universities has agreed to end the practice of luring scientific talent from poorer, local universities. Representatives of 75 universities affiliated with the Ministry of Education (MOE) signed the Convention on University Talents at a ceremony in Beijing on 25 May 2017. Signatories committed to eliminating domestic talent poaching, sharing data on intra-university talent flow, capping salaries offered to senior researchers, and scaling down the hype around academic titles.

Speaking at the convention, Wang Xiqin, a vice president at Tsinghua University, appealed to Chinese universities to target international talent instead of draining each other’s intellectual pools. The government’s Thousand Talents Plan, launched in December 2008 to lure elite researchers working overseas, has attracted more than 6,000 senior professionals to China.

Talent hunting is a thriving game in China, particularly among universities in richer regions, such as the coastal province of Guangdong. But the chase has escalated since 2015, when the MOE launched a programme to selectively support first-class universities with increased funding. This enabled those universities to use higher salaries to entice recipients of prestigious awards and honorary titles, such as members of the Chinese Academies of Sciences and the Chinese Academy of Engineering, as well as Changjiang (Yangtze River) Scholars, Thousand Talents scholars and Outstanding Young Scientists.

Annual salaries offered to researchers holding these special titles can reach upwards of CNY 1 million (US$ 147,000), which is more than five times higher than the average salary of a full professor at a Chinese university.

Public statistics on the movement of academic talent are scarce, but the trend is visible. “Several of our most famous professors were lured away by universities located in rich, coastal provinces,” claims Ke Xigang, a professor and head of academic development at Shaanxi Normal University (SNU), based in the north-western Chinese city of Xi’an.

Further northwest, Lanzhou University, which used to be among China’s top 10 research universities, has reportedly lost hundreds of professors.

Efforts by the MOE to stem the flow have had limited success. In 2013, the ministry banned coastal universities from recruiting Changjiang Scholars, the highest academic award conferred by the ministry. In early 2017, the MOE issued another notice discouraging Chinese universities from poaching academics from each other.

The recent convention in Beijing is a welcome effort to remind universities of the importance of talent management, says Hu Yuan, deputy director of a science policy think tank affiliated with the Wuhan Science & Technology Bureau in central China.

Others, however, have called for more systemic efforts. Gan Hui, Chinese Communist Party secretary of SNU (commonly the most powerful university official in terms of human resources management), writing in the education policy journal China Higher Education in March 2017, suggested the following solutions for curbing the outflow of researchers from western regions: increase the base salary paid by the government to faculty at universities in these regions, encourage international talent hunting, set up prizes favouring researchers based in western regions, compensate for talent loss, and introduce salary caps.

The long-term solution, Hu told the Nature Index, lies in universities cultivating their comparative advantage in specific areas of research, as well as local governments investing in the local economy and introducing talent-friendly policies. In Wuhan, for example, the exodus of talent is being halted by a booming local economy, cheaper housing prices and hukou (certificates of permanent residency) offered to all college graduates working in the city.