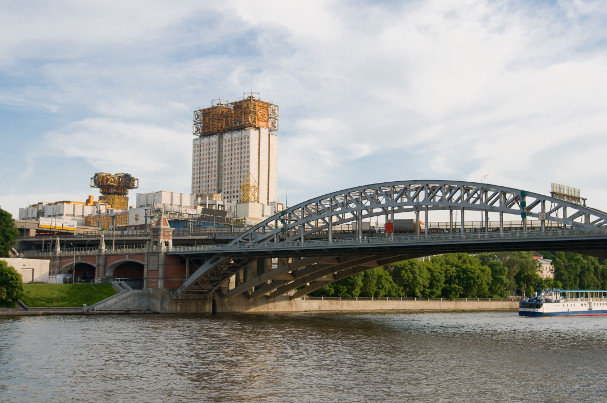 The Russian Academy of Sciences (RAS) in Moscow.

The overwhelming majority of papers in the Nature Index are authored by researchers at institutions in North America, Europe and East Asia. Researchers from countries in Africa and Central and South America contributed to 5% of the papers in 2014, yet were responsible for less than 2% of the fractional count (FC). FC is the size of an affiliation or country's contribution to papers.

The difference between these figures shows that these regions are highly collaborative. Their researchers more often contribute to papers with international teams and tend to have only one of two representatives from their country in each paper, giving them a low FC.

Most Central and South American institutions in the index have strong links with countries like the United States, France and Germany. Spain, a former colonial power, is the second largest collaborator for Argentina and Mexico, and the fifth largest collaborator for Chile and Brazil. A notable exception is the University of Sao Paolo (USP) in Brazil, which has the Russian Academy of Sciences (RAS) as its second biggest collaborator, after France's CNRS.

This unexpected connection appears to stem from a handful of influential Russian professors who are based at USP. One of the first to arrive, in 1992, was Dmitri Guitman, a physics professor from Siberia. Guitman has since trained many PhDs and postdocs from Russia and elsewhere. One of these, Maxim Dnovnikov, is back in Russia after three years at USP. While in Brazil he continued to collaborate with his former Russian colleagues reinforcing the USP–RAS relationship. “I didn't want to interrupt my previous collaborations, since post doc is a temporary job,” says Dnovnikov. Another factor is the low salaries in Russia, which drive scientists to seek opportunities outside. However, with Brazil's economy flagging, he suggests such opportunities in the region might become rarer.

Central and South American countries have a stronger internal network than other regions such as Africa.

This post is an edited version of an article that appeared in Nature Index 2015 Collaborations.