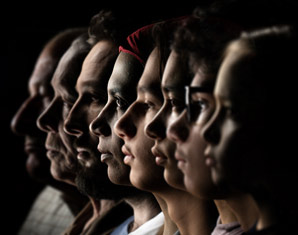 Whether a family is dominated by boys or girls, or has an equal mix, is not determined by genetics.

Some families produce more boys or girls throughout the generations, so it’s easy to assume that the sex ratio of offspring is genetic. However, reliable evidence is lacking.

In the biggest study of its kind to date, a team led by researchers from the University of Queensland studied the entire population of Sweden born since 1932 and their children, all 4.7 million of them. They checked whether siblings, who are genetically very similar, were more likely to have children of the same sex, but found no such link.

The findings overturn an 80-year-old theory that the population sex ratio of 1:1 is kept in check by natural selection favouring the genes that produce the rarer sex during times of imbalance. It also rules out theories that environment, social and physical status play any role.