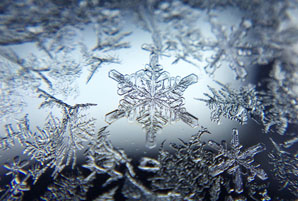 Scientists have observed how proteins inhibit the growth of ice crystals in organisms, which could lead to a wider range of antifreeze applications.

Now, researchers from Hokkaido University in Japan have discovered a moderate ice-binding protein outside this classification. It attaches to both the basal and prism faces of ice crystals.

This work sheds new light on how protein molecules interact with ice and could result in new antifreeze applications in the food and medical industries.