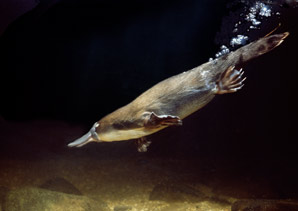 A comparison of the genomes of the platypus and echidna — Australia’s egg-laying mammals — has revealed new clues about how these monotremes diverged from other mammals.

A team that included researchers from the University of Adelaide in South Australia has studied the most complete genome of the platypus so far sequenced and compared it with the genomes of the echidna and other animals.

They found the monotremes shared some genes with mammals for milk production but had extra unknown genes related to the production of milk proteins that aren’t found in mammals.

Perhaps due to its semi-aquatic lifestyle, the platypus also had different genes relating to haemoglobin, which carries oxygen in red blood cells. It also had fewer genes relating to the sense of smell, as it detects its prey with electroreception.

The findings shed new light on how the unusual biology of the monotremes may have evolved.