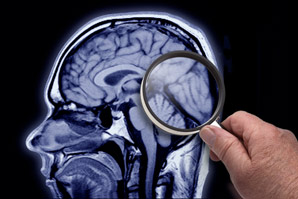 Brain organoids grown from the reprogrammed hair cells of people with Down syndrome have revealed a gene that can act as a natural suppressor of Alzheimer’s disease.

Around 70% of people with Down syndrome develop dementia during their lifetimes. This is because, with three copies of chromosome 21, they inherit an extra copy of a gene involved in making amyloid-β, the sticky protein that can clump in the brain, leading to neuronal loss.

A similar percentage of the lab-grown ‘mini brains’ created by scientists at Nanyang Technological University, Singapore, and elsewhere also showed the hallmark features of Alzheimer’s disease. The pathology could be induced, however, by genetically eliminating the third copy of BACE2, a gene found on chromosome 21.

The researchers detailed how BACE2 acts as a dose-sensitive suppressor of Alzheimer’s — a finding that could now be exploited therapeutically to forestall neurodegeneration in people both with and without Down syndrome.