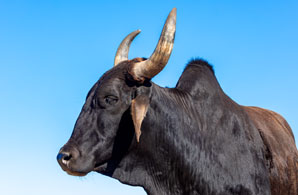 A bioinformatics technique for assembling genomes can accurately determine the DNA contributions of each parent. The method could aid in precision medicine and genomics-guided research.

Scientists from the University of Adelaide and elsewhere developed a DNA analysis approach called trio binning that uses short marker sequences from each parent’s genome to sort longer sequence reads from the offspring of interest. The reconstructed genome then accurately reflects the actual sequence of DNA along each chromosome — rather than providing a hybrid mash-up of the sequences from chromosome pairs, as was done with the Human Genome Project.

The researchers used the technique on existing data to build a more structurally accurate map of the human genome.

They then crossbred two subspecies of beef cattle and sequenced the parents and their progeny. The resulting genome included breed-specific chromosomes and was more accurate than current cattle reference genomes.