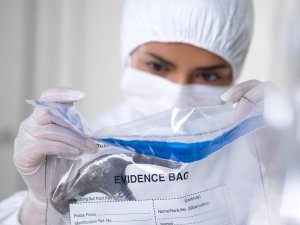 Forensic science has been criticised for a lack of standards and coordination.

A group that has used DNA evidence to free nearly 300 wrongly convicted people from prison reached out to scientists this week, asking chemists to engage with forensic science. Peter Neufeld, co-founder of the Innocence Project, an organization based in New York that investigates potential wrongful convictions, asked researchers at the American Chemical Society (ACS) meeting in Philadelphia, Pennsylvania, to do more to improve the troubled field of forensic science.

Complaints about the unreliability of some scientific evidence used in courts worldwide are long-standing, and a 2009 report by the US National Research Council called for major reforms to the US forensic-science system, including better standardization of protocols and more research into the reliability of methods used. The US Congress is now considering a bill that would provide money for forensics research and require the US National Institute of Standards and Technology to establish standards in the area (see 'Proposed bill calls for better forensic science').

But despite such concerns, little has changed on the ground, says Justin McShane, an attorney at the McShane Firm in Harrisburg, Pennsylvania, who works with the Pennsylvania Innocence Project and serves as co-chair of the ACS Division of Chemistry and the Law. “It’s still a Wild Wild West out there in forensic science.”

Neufeld says that misuse of forensic science is a major factor in nearly half the cases investigated by the Innocence Project. He is calling on chemists to lobby Congress individually and through the ACS in support of the bill. But he also wants more scientists to engage with forensic science research. “What we want to do is make forensic science more about science and less about law enforcement,” he says, so it becomes an impartial assessor of evidence rather than a branch of law enforcement.

This call was echoed by Frederick Whitehurst, a chemist and former investigator for the US Federal Bureau of Investigation. “What we seem to know in the world of science is that there are some real problems in the world of forensic science, and we’d rather work on something cleaner,” he told an ACS session on chemistry and the law. “We don’t seem to want to work with dirty crime sciences.”

Whitehurst says that crime-laboratory technicians are often under pressure to produce evidence that agrees with police or prosecutor theories. Scientists can “run into a sledgehammer” when their evidence doesn't confirm prosecutors’ hypotheses, says Whitehurst, potentially putting their careers at risk.

Greg Hampikian, a geneticist at Boise State University in Idaho and director of the Idaho Innocence Project, told the meeting that he regularly has nightmares about the ease with which innocent people can be convicted because of flaws in forensics systems.

Hampikian has worked on such high-profile cases as that of Meredith Kercher, a British student who was murdered in Italy in 2007. Amanda Knox and Raffaele Sollecito were convicted of the murder, partly on the basis of DNA evidence, but were freed in 2011, in part because Hampikian showed that DNA can easily be transferred via gloves from an item a person has touched to another item — such as a knife — that they have not touched. As new techniques allow ever smaller amounts of DNA to be detected, such contamination will be an increasing problem, Hampikian says.

But DNA analysis can also prove innocence: several attendees at the ACS meeting had been exonerated through investigations by the Innocence Project.

Steven Barnes was convicted of rape and second-degree murder in 1989 and spent nearly 20 years in prison before DNA testing showed that sperm cells from the crime scene did not match his. Ray Krone was sentenced to death on the basis of a bite-mark analysis in a 1991 murder case. He was proven innocent by DNA testing after serving ten years in prison. “I had never been in trouble in my life. They put me on death row. This could happen to you,” said Krone. “I'm calling on the ACS to get more involved in forensic science.”

ACS president Bassam Shakhashiri, a chemist at the University of Wisconsin–Madison, has been a strong supporter of the Innocence Project, and he appeared with many of the speakers for the Innocence Project at a press conference on Monday. He told Nature that before the society could lobby Congress in favour of the bill, the board would need to approve a policy statement on the matter, but that he planned to speak to several of the governance committees that oversee the topics involved.

“The topics discussed by the Innocence Project are vitally important to all of us,” he says.