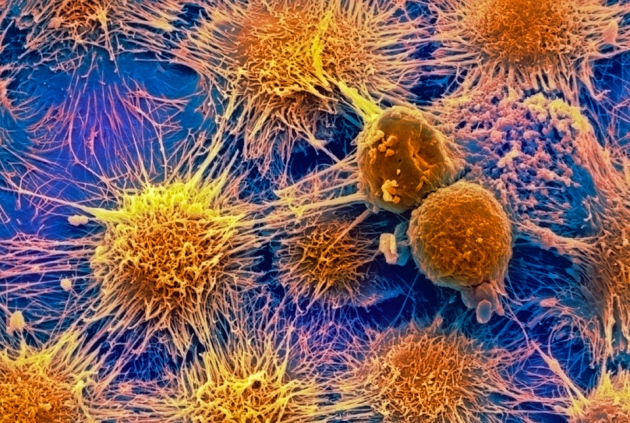 An approach to unleashing immune responses against cancer is showing promise in early clinical trials, and may boost the effectiveness of existing therapies.

The experimental drugs target a protein called IDO, which starves immune cells by breaking down the crucial amino acid tryptophan. IDO can suppress immune responses and rein in potentially damaging inflammation. But it can also halt the body’s natural immune response to cancer and allow tumours to grow unchecked. Some tumours even express IDO to shield themselves from the immune system.

Researchers will present the latest round of clinical data from IDO-inhibiting drugs at the American Society of Clinical Oncology (ASCO) annual meeting in Chicago, Illinois, on 2–6 June. The results add to mounting evidence that IDO inhibitors boost the effectiveness of treatments called immunotherapies, which bolster immune responses against cancer. “It’s almost like you’re taking down a tumour force field,” says Michael Postow, a cancer researcher at the Memorial Sloan Kettering Cancer Center in New York City.

Over the past decade, immunotherapies have sparked a revolution in cancer research. One class of drugs, called PD-1 inhibitors, can produce long-lasting remissions in people whose cancers have resisted every other available treatment. But such success stories are limited to a lucky few: tumours will shrink in less than one-third of those who take the drugs.

One problem is that tumours express a host of proteins that shut down immune responses, so blocking PD-1 may simply allow another protein to step in. Researchers are frantically searching for ways to boost the success rates of PD-1 inhibitors by combining them with drugs that can block these other proteins. “There are ways around every single one of these checkpoint proteins,” says immunologist Andrew Mellor of Newcastle University, UK. “Therein lies the problem — and therein lies the solution.”

Greater than the sum of its parts?

Pharmaceutical companies have been racing to test the effectiveness of combining experimental IDO-inhibiting drugs with approved PD-1 inhibitors. NewLink Genetics in Ames, Iowa, announced in April that combining its IDO-pathway inhibitor indoximod with an anti-PD1 drug shrank tumours in 31 of 60 people with advanced melanoma in the trial.

And data to be presented at the ASCO meeting suggest that an IDO inhibitor called epacadostat, made by Incyte of Wilmington, Delaware, could boost response rates to anti-PD-1 drugs in lung and kidney cancers. Thirty-five percent of people with non-small-cell lung cancer responded to the combination. In kidney cancer, the combination shrank tumours in 47% of trial participants.

Other companies are also testing IDO inhibitors — including a firm co-founded by cancer researcher Benoit Van den Eynde of the Ludwig Institute for Cancer Research in Brussels. In 2003, Van den Eynde’s team became the first to demonstrate that IDO is expressed in human tumours1. His company, iTeos Therapeutics in Gosselies, Belgium, has partnered with the pharmaceutical giant Pfizer in New York City, and brought its IDO inhibitor into clinical trials last year.

It is still early, cautions cancer immunologist Thomas Gajewski of the University of Chicago in Illinois, who has worked on clinical trials of IDO inhibitors. The trials so far have been small and lack a control group that received only PD-1 inhibitors. As a result, researchers can only compare the results of drug combinations with the historical success rates of PD1 inhibitors.

And there is still a lot to learn about how IDO interacts with the immune system, or what effects an IDO inhibitor could have elsewhere in the body, says Michael Platten, an oncologist at the German Cancer Research Center in Heidelberg. IDO is expressed in many tissues. “This is still a relatively new field,” says Platten. “We do not really understand the molecular mechanism.”

But an encouraging sign, adds Gajewski, is that so far, the combination of drugs to inhibit IDO and PD-1 seems to be relatively safe, and lacks the toxicity seen when PD-1 inhibitors are used with some other cancer drugs. “In some of the combinations, it looks like there’s benefit beyond anti-PD-1 alone, but without toxicity,” he says. “For me, that’s really an opportunity.”