A growing number of research agencies are assigning money randomly. 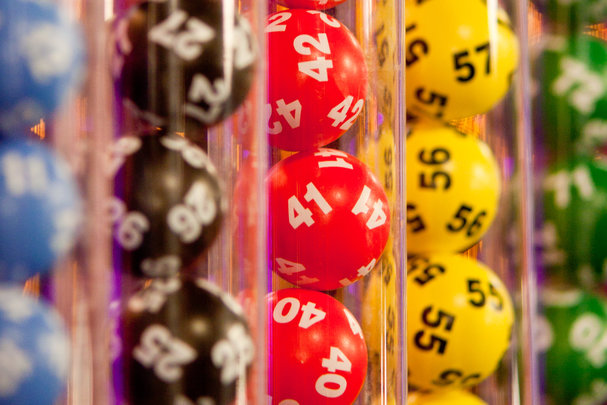 Lotteries are increasingly being used to choose which grant applications should receive money.

Albert Einstein famously insisted that God does not play dice. But the Health Research Council of New Zealand does. The agency is one of a growing number of funders that award grants partly through random selection.

Earlier this year, for example, David Ackerley, a biologist at the Victoria University of Wellington, received NZ$150,000 (US$96,000) to develop new ways to eliminate cells — after his number came up in the council’s annual lottery.

“We didn’t think the traditional process was appropriate,” says Lucy Pomeroy, the senior research investment manager for the fund, which began its lottery in 2015. The council was launching a new type of grant, she says, which aimed to fund transformative research, so wanted to try something new to encourage fresh ideas.

Traditionalists beware: the forces of randomness in research are, if not quite on the march, then certainly plotting their next move.

At a meeting at the University of Zurich in Switzerland on 19 November, supporters of the approach argued that blind chance should have a greater role in the scientific system. And they have more than just grant applications in their sights. They say lotteries could be used to help select which papers to publish — and even which candidates to appoint to academic jobs.

“Random chance will create more openness to ideas that are not in the mainstream,” says Margit Osterloh, an economist at the University of Zurich who studies research governance and organized the meeting, which was intended to promote the idea among academics.

She says that existing selection processes are inefficient. Scientists have to prepare lengthy applications, many of which are never funded, and assessment panels spend most of their time sorting out the specific order in which to place mid-ranking ideas. Low- and high-quality applications are easy to rank, she says. “But most applications are in the midfield, which is very big.”

Most importantly, she argues, standard assessments don’t perform as well as policymakers, publishers and university officials assume. “Referees and all kinds of evaluation bodies do not have really good working criteria.”

The Swiss National Science Foundation (SNSF) is the latest funder to experiment with random selection. Earlier this year, it asked assessment panels to draw lots to help decide which early-career scientists should receive postdoctoral fellowships. It is now evaluating the scheme and SNSF president Matthias Egger spoke about it at the Zurich meeting.

Other programmes that rely on lottery systems to award some grant types include another New Zealand government fund called the Science for Technological Innovation National Science Challenge (SfTI), which introduced random selection in 2015. Germany’s largest private funding agency, the Volkswagen Foundation in Hannover, has also used lotteries to allocate some of its Experiment! grants since 2017.

‘We actually do have a hat’

The process is not entirely random. Typically, funders screen applications to ensure they meet a minimum standard, then projects are given numbers and selected at random by a computer until all of the cash has been allocated.

“It just takes a lot of angst out of it,” says Don Cleland, a process engineer at Massey University in Palmerston North, New Zealand, and a member of the team that oversees the SfTI fund.

Given the money to fund 20 projects, an assessment panel doesn’t need to agonize over which application ranks 20th and which comes 21st, he says. They can just agree that both are good enough to be funded and them put them into the hat. “We actually do have a hat,” Cleland says.

The fund tells applicants how far they got in the process, and feedback from them has been positive, he says. “Those that got into the ballot and miss out don’t feel as disappointed. They know they were good enough to get funded and take it as the luck of the draw.”

The idea has some theoretical backing. A number of researchers have analysed various selection methods and suggested that incorporating randomness has advantages over the current system, such as reducing the bias that research routinely shows plagues grant-giving, and improving diversity among grantees.

The conventional system tends to benefit them, says Cleland, because it focuses on candidates’ track records rather than the strength of their ideas. “We want those with the best ideas to rise to the top.”

Cleland argues that other funders should try it. But not everyone agrees. Despite benefitting from a grant lottery, Ackerley says he doesn’t approve of them.

“I spend a lot of time on grant-review panels and I like to think they do a reasonable job,” he says. “I’ve done reasonably well out of competitive grants and I suppose the selfish reason is that I might not do so well out of a lottery system.”

Because applications to funds that use lottery systems only need to satisfy basic criteria, they tend to be shorter. “I think there’s a lot of value to writing a high-quality proposal,” Ackerley says.

Osterloh, who recently triggered lively debate of her arguments in the pages of Research Policy after publishing them in the journal, says selection by random chance could have a wider benefit because those who benefit from lotteries do not feel so entitled.

“If you know you have got a grant or a publication which is selected partly randomly then you will know very well you are not the king of the Universe, which makes you more humble,” she says. “This is exactly what we need in science.”