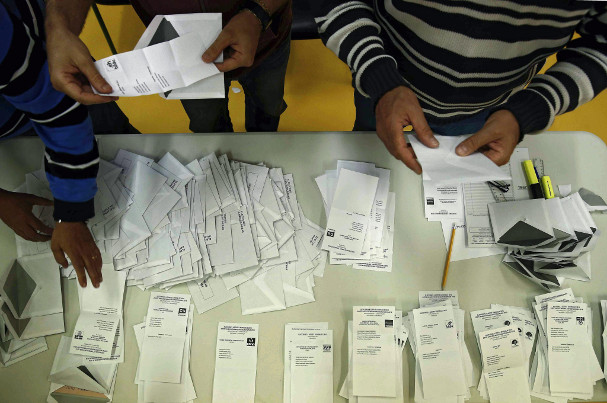 It is hard to predict how the result will impact the country's science and research landscape.

While there has been plenty of speculation about the impact the United Kingdom's decision to leave the European Union may have on the research community, less attention has been paid to how a recent national election in Spain may affect research in that country.

It is still not clear which party, or coalition, will form government after the 26 June election failed to elect a majority party, the same outcome as the country's national election last December, which sent citizens back to the polls for the second time in six months.

The most recent vote saw the conservative Popular Party, led by caretaker prime minister Mariano Rajoy, win the most seats, 137 in total, but no party came close to winning a majority of the parliament's 350 seats. The main opposition party, the Socialists, scored 85 seats, while a newly formed alliance between several left-wing parties captured 71 seats.

As intense negotiations between parties continue, it is hard to predict how the result will affect the country's science and research landscape. In the past four years, Spain's output of high quality science has declined. In the index global rankings it placed 11th in 2015, down from 8th place in 2012. Overall, its contribution to the 68 top tier journals in the index, a metric known as weighted fractional count, dropped from 1195.61 to 1055.51 in four years.

In the past few years, the country's science community has endured several difficult periods, as research funding has waxed and waned. In 2013, the government increased non-defence research spending by 6.1% after the country's economic crisis resulted in severe budget cuts in 2010 and 2011. Prior to those cuts, the government had more than doubled science spending since 2000.

One victim of budget cuts, the country's largest research agency, the Spanish National Research Council, and the country's top performing institution in the index, almost went bankrupt in 2013. A €70 government bailout gave the agency a last minute reprieve.

In 2011, the government announced plans to create an autonomous national science funding agency. But it was another four years before the agency was launched in November last year. The agency will manage existing research budgets, which the government anticipated would be about €700 million.

A national election was also recently held in Iceland, on 25 June, which saw historian and political newcomer Gudni Johannesson chosen as the country's next president, although the post is largely ceremonial.

Iceland, which is not part of the EU, was badly affected by the global financial crisis of 2008 and its economy is still recovering. In 2013, it invested 1.9% of its GDP in research and development, which was a significant drop from the 2.9% of GDP it spend on R&D in 2006.

Despite the drop in R&D spending, and being confronted with a brain drain following its recession, Iceland has an excellent publication record, according to a recent UNESCO science report. Iceland doubled its number of publications between 2005 and 2014, with a large share of international co–authors, the report found. The country ranks fourth for its share of scientific publications among the top most cited.

The report noted this trend was largely due to a highly mobile younger generation of scientists. "Most spend at least part of their career abroad and half of all doctorates are awarded in the USA," it said.

The country's leading research university, the University of Iceland, where Johannesson teaches history, published 68 articles in journals included in the index last year.