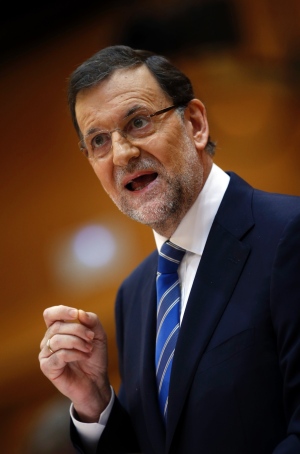 The Spanish government has proposed its first increase in science funding since 2009, as part of the 2014 budget it presented today. Spending on non-defence research will grow by 6.1%, and the overall budget for research and development will go up by 1.3%.

However, the government plans to award more than half of the €6.14-billion (US$8.33-billion) research budget — up to €3.38 billion — as loans, a funding method that has previously been criticized by scientific societies. The rest would be awarded as grants and subsidies, amounting to €2.25 billion for non-defence research — which is still less than what the country budgeted in 2006. Military research will get a 39.5% boost in the 2014 budget, to a total of €506 million. That only partly compensates for two years of cuts including a 50% slash last year.

“This is a budget of recovery,” said Cristóbal Montoro, the minister of finance and public administration, at a press conference that outlined the budget on 27 September. This is the first time that the current government, controlled by the centre-right People's Party, has raised non-defence research spending; in fact, the move ends a trend of continued cuts in which Spain's research and development budget decreased by a total of 39% in cash terms over five years. The planned increase for science stands out among general cuts in spending for the majority of the government’s ministries.

Despite the overall increase in government science spending, the budget of the Spanish National Research Council (CSIC) remains almost flat, with a 0.1% nominal increase. The CSIC is going through its largest funding crisis in decades and scientists are finding it difficult to spend research money already awarded by the European Union and other sources.

After several years of austerity, some research centres will see small improvements to their finances. Funding will go up by 0.9% for the energy-research centre Ciemat, and by 2.4% for the Carlos III Health Institute, which does biomedical research. The National Research Institute for Agriculture and Food Technology will get a 10.8% boost, and the Spanish Institute of Oceanography will get 4.4%. However, funding for the Spanish Geological and Mining Institute will go down by 0.6%.

Although the proposed increases in research spending are welcome, they fall well below the demands of the Open Letter for Science movement, a lobby group comprising scientific societies, university presidents, researchers and trade unions. The group last month asked the government to raise spending on research and development grants by €636 million every year for three years, a move that would have restored science spending to 2009 levels in cash terms by 2015. The group also called for the repeal of a law that restricts public hiring at research centres, and for the creation of an agency to improve distribution of research spending.

“We’ll have to analyse the budget proposal in full detail, but on first sight it looks very far from what our scientific system needs to guarantee its survival,” says José Manuel Fernández, a spokesman for the Federation of Young Investigators, which supports Open Letter for Science. “It also looks like public hiring would remain as it is,” he adds, and says that it is unlikely that the requested agency will be created in 2014.

The budget will now be subject to debate and approval by the Spanish parliament and senate. Last week, all the opposition groups in the Spanish parliament pledged to amend the budget bill to meet the demands of Open Letter for Science, but that promise could be futile because the People's Party holds an absolute majority in both chambers.