Three leading women in science share the highlight of their careers

How they forged a new path to success. 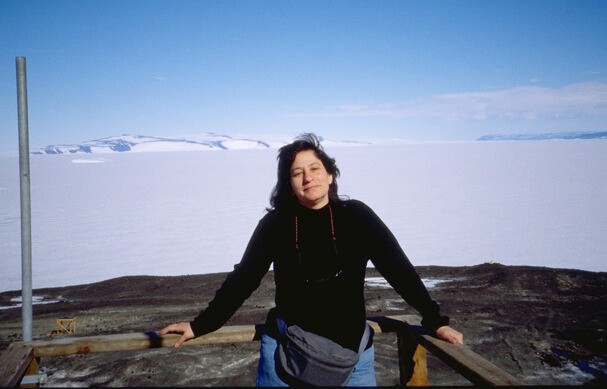 As innovators, women in science – and particularly those in minority ethnic groups – can face major challenges in getting their ideas recognized and adopted. Many women who make their mark do so by forging a new path, opening the way for the next generation of researchers.

Nature Index spoke to three pioneering women in science, who share what they consider the turning point in their careers, and the factors that drive their success.

Atmospheric chemist Susan Solomon was the first to propose chlorofluorocarbons (CFCs) as the cause of the Antarctic ozone hole in a 1986 article published in Nature.

With colleagues at the US National Oceanic and Atmospheric Administration’s Aeronomy Laboratory, Solomon measured concentrations of chlorine dioxide (an indicator of the effects of chlorofluorocarbons) that were around 20-50 times higher than expected under the Antarctic ozone hole.

The team showed that chlorine chemistry was greatly enhanced in the Antarctic and provided observational evidence that CFCs were contributing to the ozone hole.

“It was a moment of exhilaration like no other,” says Solomon, now the Lee and Geraldine Martin Professor of Environmental Studies at the Massachusetts Institute of Technology (MIT) in Cambridge.

“Standing out in the wind in -40°C temperatures to adjust [the] equipment only added to the feeling that this was a very special scientific moment.”

Solomon’s work laid the foundations of the 1987 Montreal Protocol on Substances that Deplete the Ozone Layer, an international agreement that aimed to stop the production and import of ozone-depleting substances and reduce their concentration in the atmosphere.

She says that while teamwork and close collaboration are necessary to advance scientific knowledge, it’s also important to not become constrained by conventional wisdom.

“One small and obvious contribution I made was during the data analysis, when I realized that doing the analysis a little differently from our standard way might reduce the noise on the signal – and it did,” she says. “If everyone else is thinking about and doing things one way, always ask yourself why, and consider the options.”

She adds that while doing things differently can be the key to success in science, it does not mean focusing on trying to prove others wrong.

“You have to be careful not to become a contrarian, because that’s not the path to constructive science. It’s important to build up, rather than tear down, if you want to advance your field.” 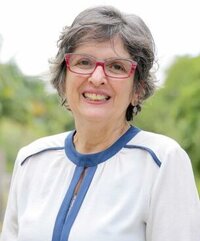 An epidemiologist at the Fiocruz – Pernambuco research institute in Recife, Brazil, Celina Maria Turchi Martelli led the team that first established the link between the 2015 Zika virus outbreak in Brazil to microcephaly, a medical condition that causes babies to be born with an abnormally small head and brain.

Publishing in The Lancet, Turchi and her colleagues ruled out other possibilities, such as insecticides or vaccinations, as a cause of microcephaly under a controlled case-study.

Turchi describes her experience of conducting research on a public-health emergency as being in a 'war-like state', where a sense of uncertainty and urgency prevails.

“The day I visited the maternity hospitals in the city of Recife, in northeast Brazil, to see the patients, I understood that we were dealing with an unknown disease of an unprecedented, and possibly global, threat,” says Turchi.

“Being at the hotspot of an outbreak of an epidemic, my initial feelings were of astonishment, fear and urgency to call the attention of my colleagues and health authorities.”

While Turchi has been celebrated for her own research – she was named as one of Nature’s 10 most notable personalities in science in 2016 for her work on Zika – she’s most proud of the contribution she made in assembling an interdisciplinary task force, the Microcephaly Epidemic Research Group (MERG), to lead the research and response to the Zika outbreak in Brazil.

“The MERG team understood the urgency to provide a sound scientific response for this new public health threat,” she says.

The Zika crisis was brought under control in Brazil through the joint efforts of scientists and healthcare professionals and support from local governments, says Turchi. She urges the next generation of researchers to undertake interdisciplinary collaboration wherever possible. 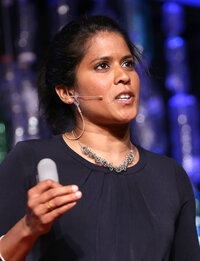 “I come from a country where you go to university to become a doctor, a lawyer, an engineer or a businessperson," says Asha De Vos, the first and only person in Sri Lanka to earn a PhD in marine mammal research. "Becoming a marine biologist was unheard-of."

De Vos moved to the UK to complete her undergraduate and master’s degrees before completing her PhD at the University of Western Australia in Perth in 2013.

The key to her success, she says, is not letting social prejudices predetermine the opportunities she chased. “By not being dissuaded by the naysayers and the challenges that I faced as a Sri Lankan woman building a career in a field that did not exist – that many still think is a man’s job – it has allowed me to achieve many things," she says.

De Vos did not pursue the standard path to academia or industry. Instead, she founded Oceanswell in 2017, Sri Lanka’s first non-profit organization for marine conservation research and education. She says Oceanswell has allowed her to not only carve out a career for herself, but to help pave the way for the next generation of marine researchers in Sri Lanka.

Through Oceanswell, De Vos mentors around 30 students a year, mostly from underrepresented nations, taking them on research expeditions and providing training on writing papers and running projects.

The organization conducts several research projects, such as the Sri Lankan Blue Whale Project, the longest running project focused on the conservation of blue whales in the Northern Indian Ocean and Sri Lanka, launched by De Vos in 2008.

Now an adjunct research fellow at the Oceans Institute at the University of Western Australia, De Vos considers her mentorship work as being her biggest career achievement so far.

“My work has allowed people to dream beyond the confines that society has placed on them in terms of career options,” she says. “If you are blazing a path [to success], make sure you blaze a path that is wide enough to allow others to surpass and outdo you.”

This article has been contributed by a member of the Nature Index community. See our pitching guidelines.