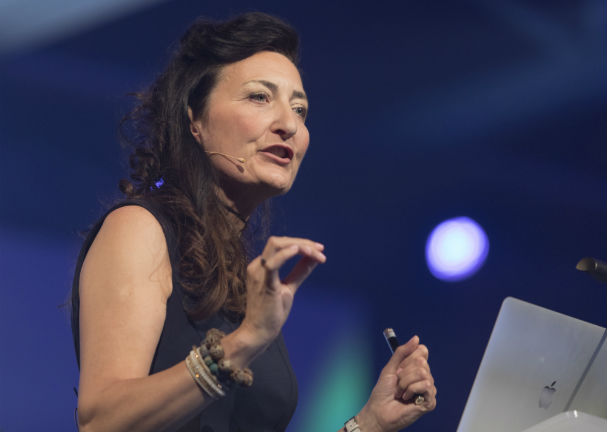 Norwegian University of Science and Technology

Nobel Prize laureate, May-Britt Moser, a professor of psychology and neuroscience at the Norwegian University of Science and Technology, is known for her mentorship work with young scientists.

If leading scientists find their 2020 inboxes stuffed with requests from younger would-be collaborators, a November Nature Communications article may be to blame.

The study reported that co-authorship with an established, highly cited scientist gives young researchers an advantage that lasts their entire career.

Those fortunate enough to pair with a top scientist on a paper – even once – are more likely to become top scientists themselves, the study said. The benefit was found to be strongest in young researchers at less prestigious institutions.

The team behind the study urges less prestigious universities to focus on facilitating connections with high-profile scientists to realise the full potential of their early-career researchers.

"[One] important message from our paper is for institutions that are not at the top of the rankings," says one of the co-authors, Giacomo Livan, from the Department of Computer Science at University College London in the UK.

"Our results show that such institutions may be filled with untapped potential, and facilitating collaboration with top scientists may be one strategy to contribute to unleashing it."

The focus was on the group of scientists (a quarter of the total) who achieved ‘top scientist’ status, defined as being among the top 5% of cited authors in their discipline.

Factors that could have contributed to their success were examined, such as the prestige of the institution they were at when they were a junior researcher, defined as being within three years of their first academic publication. Institution prestige was judged using Nature Index data and rankings produced by Leiden University.

The study found that junior researchers who co-authored at least one paper with a top scientist, and who weren’t affiliated with one of the top-ranked institutions at the time, experienced the most significant advantage to their career in the long run, increasing their chances of becoming a top scientist themselves.

“For this group, the co-authorship with a top scientist almost doubles such probability, which jumps from 15.7 to 27.2%,” the team reports in Nature Communications.

Even a one-off is valuable

A number of studies have attempted to define indicators for academic success, such as this 2013 Science paper, which identified certain patterns in citation histories, and this 2016 Science paper, which quantified changes in a researcher’s impact and productivity throughout their career.

Livan says his study adds to the literature by examining the impact of co-authorship events that did not necessarily involve mentorship. In other words, the study showed that a one-off collaboration event is sufficient to predict long-term academic impact – it need not be an extended period of learning under a more experienced researcher.

He adds that one of the key takeaways for early career researchers is seeing just how stratified academia can be when it comes to metrics of an individual’s impact and success, such as citations and h-index.

The study struck a chord with the scientific community, ranking in the top five most talked-about papers in journals tracked by the Nature Index in November, with an Altmetric score of 1,340.

Livan says that the fact that this study caught the academic Twitter community’s attention in the way it did came as quite a surprise.

"My previous highest Altmetric score was somewhere around 80," says Livan. "The paper naturally attracted significant interest from academics on Twitter."