4 lessons from his playbook. 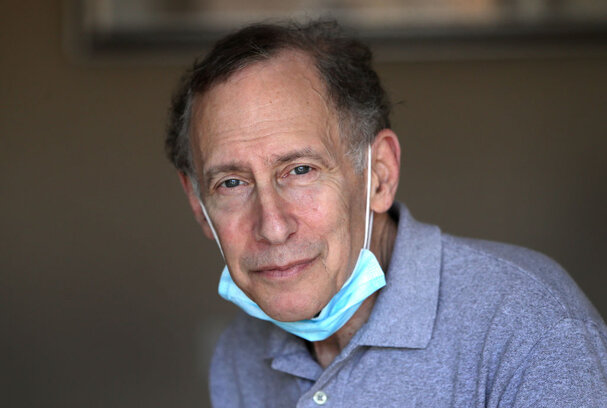 Robert Langer, chemical engineer at the Massachusetts Institute of Technology (MIT) in Cambridge, and one of the researchers behind a front-runner in the race to find a vaccine for COVID-19, is a star scientist-entrepreneur.

In his 40-year career, he has founded and co-founded 41 companies and authored more than 1,250 articles in high profile journals. He has nearly 1,050 patents to his name, which have been licensed or sublicensed to more than 250 pharmaceutical, chemical, biotechnology, and medical device companies. Spin-offs from his lab have raised more than USD$2 billion in venture capital.

In March, one of his ventures, Moderna, launched the world’s first clinical trial of a COVID-19 vaccine. The company’s stock price more than quadrupled from the end of February to peak at $80.00 on May 18, before it released the partial results.

The announcement was controversial; the data behind the claims had not been published. The stock market reacted by sending the price back to $64.96, as of June 16. The World Health Organisation’s chief scientist Soumya Swaminathan has nominated Moderna’s candidate as second only to AstraZeneca’s in the race to fine a vaccine against the virus.

“Moderna is a classic example Langer’s success of supporting technology out of the laboratory,” says Martin Bliemel, acting associate dean of research at the Faculty of Transdisciplinary Innovation at the University of Technology, Sydney in Australia.

Bliemel often uses Langer as a case study to elucidate the variables behind successful university commercialisation.

A new paper in the journal Technovation, co-authored by Bliemel, states that while Langer’s accomplishments are exceptional, his practices can be followed successfully by other academic entrepreneurs.

His process begins well before a spin-off is launched. The elements, say Bliemel, are: think big, patent broadly, publish strategically, and build the founding team with care.

If universities want to maximise the value they create for society, he adds, they need to think strategically and holistically about how to support this cycle.

A key to Langer’s success is choosing projects that tackle significant societal problems. This is contrary to the usual risk-averse approach taken by the corporate sector, which avoids investing unless it sees strong potential for profits or patents.

Langer’s strategy of matching technology development with market needs is also opposite to the approach often taken by academic laboratories.

“Many start with the science and then try to find a real-world application,” says Jon Thomas, British Columbia (BC) Regional Innovation Chair at the University of the Fraser Valley in Abbotsford, Canada, and lead author of the Technovation paper. “Instead, identify an unmet need in the market. Focus on a project that, if successful, will meet that need.”

As to what sort of unmet need, Langer recommends developing a “platform technology”, that is a group of technologies that, working together, can be used to solve numerous important problems, rather than a “single-shot product” . He told Nature Biotechnology that it’s easier to attract funding and collaborators with a platform technology, and it gives the eventual company greater chance to have an impact.

For example, Langer’s MIT laboratory built a ground-breaking nanotechnology platform that allows targeted delivery via controlled release of a drug into a patient’s bloodstream.

Moderna also uses a nanotechnology platform, developed in its quest for a COVID-19 vaccine, which uses genetic engineering to trigger cells to create proteins that prevent certain infections.

According to the Technovation paper, the “conventional wisdom” for start-ups, especially biomedical firms, is to take out a narrow patent first, then patent the technology more broadly later in commercialization.

Langer takes the opposite approach. Early on, his teams acquire patents that are written broadly, allowing the holder to use the invention as narrowly or widely as they like, while preventing others from using it for anything similar to its capabilities.

Broad patents also send a strong signal to potential investors and collaborators. Without a broad patent, says Langer, investors worry that their high-risk investment is not safe from being copied.

“Paper” is about publishing, but not just anywhere. Langer chooses journals of high reputation such as Science, Nature, or Cell Stem Cell because he believes it signals the excellence of his wares.

In 2010, when Langer co-founded Moderna, the company published the first article about its nanotechnology platform in Cell Stem Cell. Moderna used the technology to develop vaccines for Zika virus and influenza, and it is the workhorse of its COVID-19 vaccine initiative.

Strategically publishing papers about such platform technologies also attracts potential funders and collaborators. Without timely, high-profile publications, Langer says it is more difficult to acquire potential partners for both the science and business sides of a start-up.

“One may also want additional papers to demonstrate the proof of concept, particularly if the idea is especially ground-breaking,” he says in Nature Biotechnology.

4. Build the team, and reward its members

Langer carefully builds the founding team, whether the spin-off is from his laboratory or a different lab. Moderna, for instance, was established when Derrick Rossi from the Harvard Medical School approached Langer about a stem cell invention.

“This is a much bigger discovery than something that affects stem cell behavior,” Langer told him. “You could apply it to make anything.”

Rossi and his colleagues got to work. More impactful technology and an influential collaborator was their reward.

Langer’s mentorship of laboratory members and entrepreneurial alumni give his companies and research teams access to a wide professional network.

Langer leads without micromanaging, primarily acting in a scientific advisory role and as a board member. He ensures that his researchers are rewarded: technology developers receive one-third of royalty income after expenses and fees.

According to Harvard Business School’s H. Kent Bowen: “If there were more Langer-like labs that focused on high-impact research, the United States would realize its enormous potential for creating wealth.”

The observation holds beyond US shores.