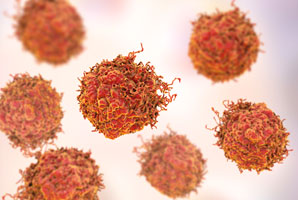 To prevent a cellular transition that promotes the spread of metastatic cancer, small regulatory RNA molecules are needed to quash the expression of a protein that would otherwise alter the processing of gene transcripts in a way that fuels tumour growth and aggressiveness.

A research team, led by scientists from the University of South Australia, searched for binding partners of a known tumour-suppressing short RNA called miR-200c. They found that the gene transcript encoding a protein called ‘Quaking’ was a direct target of this microRNA, and that miR-200c and another short regulatory RNA both suppressed the protein’s expression.

One particular form of Quaking normally stimulates metastasis in a range of cancers by modulating the splicing of coding and non-coding portions of numerous other genes. And both miR-200c and Quaking can alter the dynamic nature of structural filaments running through the cell to affect tumour spread.