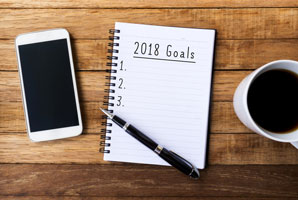 It’s good to have goals, but they are pointless unless we learn the action or actions needed to achieve them. Now research led by the University of New South Wales has mapped out the pathway in the brain that connects an action to its outcome.

The prelimbic and the posterior dorsomedial striatum regions — both part of the brain’s prefrontal cortex— have long been thought to play a key role in the network of neurons involved in goal-directed learning; namely, the ability to connect an action to a desired outcome.

In a study in rats, researchers were able to show that if they severed the connections between these two regions — either physically or chemically — on both sides of the brain, rats were unable to learn the relationship between pressing a lever and earning a food reward.