ADAMTS5 Is a Critical Regulator of Virus-Specific T Cell Immunity 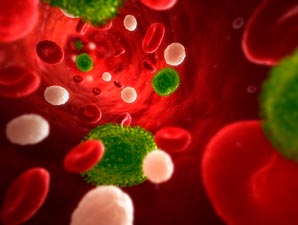 A gene targeted for arthritis treatment also plays an important role in facilitating the immune response to influenza, potentially increasing the risk of side effects from the treatment.

The ADAMTS5 gene is involved in breaking down specific molecules in the matrix surrounding cells, making it an attractive target for arthritis treatment. However, the gene’s role in immunity is unknown. So, to find out more, a team led by researchers at Australia’s Deakin University tracked how mice lacking ADAMTS5 responded to influenza. The mice lost more weight and had higher concentrations of the virus in their lungs than normal mice. The denser matrix also blocked cell movement, so fewer influenza-specific immune cells migrated to the infection site.

While these findings offer an avenue to increase the immune response to influenza, they also raise concerns that new arthritis treatments based on inhibiting ADAMTS5, one of which has already gone through clinical trials, could increase the risk of influenza infection.