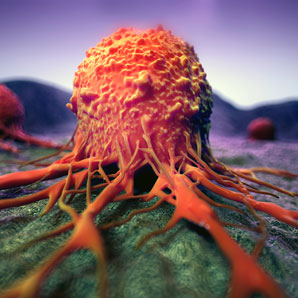 A genetic aberration in cancer cells modulates the body’s immune response to tumours.

Tumours modify their local environs to create an environment that is more amenable to their proliferation.

Using mouse models and cell lines, a Kanazawa University-led team has now found that mutations in a tumour-suppressor gene called retinoblastoma (Rb) cause cancer cells to secrete a molecule that recruits other immune-dampening cells to the tumour surroundings. The same molecule also promotes the growth of blood vessels that fuel tumour progression.

The findings reveal that the effects of mutations in the Rb gene extend beyond the mutated tumour cells themselves. They also identify a signalling pathway that could be targeted therapeutically to favourably shape the immune landscape of tumours and thereby blunt the proliferation of Rb-deficient cancers.