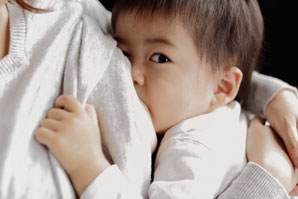 A new study reveals why breastfeeding is beneficial for the health of the mother as well as her baby, reducing her risk of developing diabetes after childbirth.

Pregnancy and childbirth can significantly disrupt a mother’s metabolism and sometimes lead to diabetes. Previous studies had found that breastfeeding reduces this risk.

Now, by comparing mice and human mothers that lactated with those that didn’t, a team led by researchers from the Korea Advanced Institute of Science and Technology (KAIST) has found the links between breastfeeding and the reduced risk of diabetes.

Breastfeeding triggers the release of the hormone serotonin. The team discovered that serotonin boosts both the number and health of beta cells in the pancreas, which are involved in the production of insulin. This in turn provides long-term protection against developing diabetes.