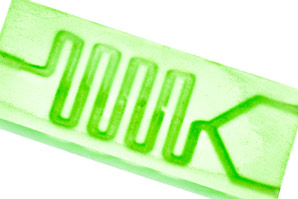 A multi-organ system on a chip could help to speed up the preclinical evaluation of potential anticancer therapeutics.

The development of new drugs is slow and costly. Current methods for testing drug safety in the preclinical stage can detect the cytotoxicity of the drugs themselves, but miss the effects of drug metabolites.

Now, a team that included Roche scientists has developed a five-chamber, reconfigurable, microfluidic device that can house different populations of human cells, both cancerous and healthy, with a circulating medium designed to mimic blood flow in the body.

The team introduced liver and heart cells alongside various cancer cells into the system. They then added assorted drugs and catalogued the ways in which these agents both killed tumour cells (although sometimes only after being metabolized by liver cells) and harmed healthy tissues.

The efficacy and toxicity findings matched data previously generated in animal models, demonstrating the usefulness of the microfluidic device for screening drugs.