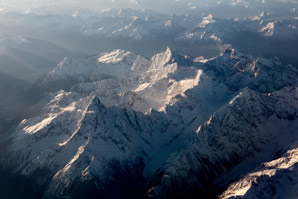 The discovery of Denisovan DNA in a cave high on the Tibetan Plateau suggests these ancient humans were more widespread across Asia than previously thought.

The Denisovans were a close relation of Neanderthals, and their existence was revealed by a few teeth and bone fragments found in the Denisova Cave in the mountains of Southern Siberia.

A partial jawbone found in the cave was thought to be Denisovan, but the DNA evidence was unclear. Now, genetic analysis of sediment from the cave, as well as study of the cave’s rock strata, offer stronger evidence that Denisovans lived in the cave between 60,000 and 100,000 years ago, and may have adapted to life at high altitudes.