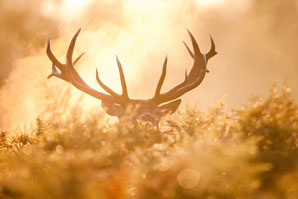 Genes that help grow horns and antlers could also be behind cancer resistance in deer.

Many ruminant animals, with their multi-stomach systems, also have distinctive headgear, from cow horns to giraffe ossicones, but how and when these features evolved is unresolved.

Now, a team that included researchers from Northwestern Polytechnical University sequenced the genomes of different sheep, goat and deer species and found that horns and antlers evolved once from a common ancestor through changes in genes that also build skin, bone and nerves.

Chinese water deer and musk deer subsequently lost their headgear due to a mutation in one antler-promoting gene.

Deer antlers are the only fully regenerating organs among mammals. Understanding their evolution could contribute towards regenerative biology and cancer research.