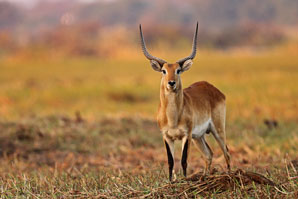 A new family tree for ruminants helps explain the evolution of these agriculturally important mammals.

An international team co-led by scientists at Northwestern Polytechnical University assembled the genomes of 44 ruminant species, including cattle, yak, goat and sheep.

With their dataset of more than 40 trillion letters of DNA, the researchers resolved the evolutionary history of these cud-chewing mammals. They found that many lineages experienced large population reductions about 100,000 years ago — around the same time that humans started migrating out of Africa to other continents.

This implies that human encroachment into ruminant territories likely contributed to the massive decline in mammalian species during the late Pleistocene period, a finding that could have important implications for modern conservation efforts.

The researchers also identified many genetic changes implicated in the evolution of cranial appendages, digestive systems, dental anatomy and other ruminant traits of interest to animal breeders.