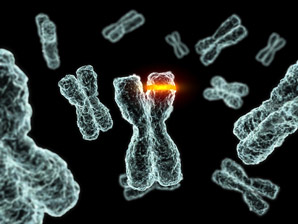 Why do people who are genetically predisposed to cancer develop tumours in some tissues but not others, even though they harbour faulty genes in all cells of their bodies?

When it comes to an aberrant tumour suppressor gene called BAP1, at least, a team from Genentech, a Roche subsidiary, has now discovered a reason.

Using genetically engineered mouse cells, the researchers showed that BAP1 inactivation caused the death of liver cells, pancreatic cells and various other cell types. But the loss of tumour suppressor had no such effect on mesothelium and melanocytes, two tissues that form tumours in people who inherit BAP1 mutations.

In those tissues, the cells not only survived but proliferated and spurred tumours. The researchers found that cell type–specific gene expression patterns explained the differential tissue proclivity towards cancer.