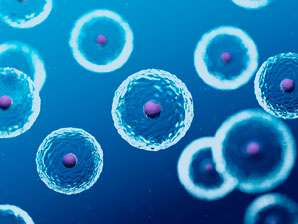 The nucleus — the inner sanctum of the cell — is not free of immune defenses, as long believed.

Unlike RNA viruses, DNA viruses direct their genomic DNA into the nuclei of host cells, but little is known about the surveillance mechanisms for detecting viral nucleic acids in the nucleus.

A Nankai University–led study has found that mammalian nuclei contain a protein that detects viral DNA and ships it off to the cell’s main compartment, the cytoplasm, for immune processing.

Importantly, this newly described DNA sensor helps initiate and amplify strong innate immune responses against viral pathogens residing in the nucleus without reacting against host DNA, which is packaged in tight coils and recognized as non-foreign.

The findings thus unveil a new facet of DNA recognition in the nucleus and provide a potential therapeutic target for treating viral infections.