3.9 Å structure of the yeast Mec1-Ddc2 complex, a homolog of human ATR-ATRIP 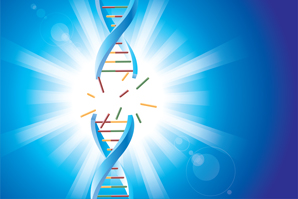 A near-atomic structural map of a master repair protein that is integral to fixing DNA damage could help drug developers to create new kinds of anti-cancer treatments.

Using electron microscopy, a team led by researchers at the University of Science and Technology of China determined the high-resolution structure of the yeast equivalent of the human ATR protein in tandem with its cell-signaling partner, ATRIP. These proteins form a complex that activates the cell’s built-in repair system at the first hint of DNA damage or errors in replication.

The detailed protein architecture — imaged to a resolution of 3.9 ångströms, about eight times the size of a single helium atom — revealed critical sites of regulation and activation that could serve as targets for future drug design efforts.