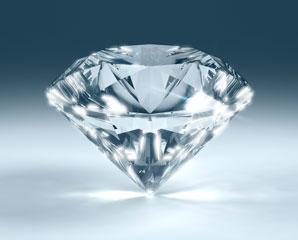 The largest, most brilliant natural diamonds may have been forged in pools of molten metal deep in the Earth, a study published in Science suggests.

A research team including scientists from the University of Cape Town analysed microscopic imperfections, called inclusions, in 53 particularly large, pure diamonds. The inclusions contained traces of minerals which form at very high pressures, suggesting these large diamonds originated more than 400 kilometres below the Earth’s surface.

The scientists also detected thin layers of methane and hydrogen which they claim provided the right chemical environment to form liquid metal in the deep mantle — a reaction which has so far only been theoretically proposed.

This evidence of liquid metal could provide scientists valuable clues on the seismic activity in the mantle and shed some light on the mysterious chemistry inside our planet.