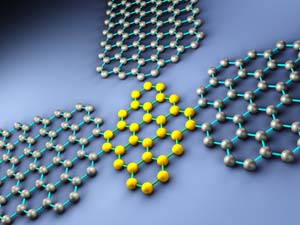 A collaboration between Chinese and American researchers has developed a switch made from a single photosensitive molecule, according to a report published in the journal Science.

Led by scientists from East China University of Science and Technology, the team made an electrical switch from a single diarylethene molecule — an organic compound bonded to each end of a carbon-carbon double bond — sandwiched between graphene electrodes.

Turned ‘on’ by exposure to visible light, and turned ‘off’ by exposing it to ultraviolet light, the photoswitch paves the way for smaller, much faster computers that use light instead of electricity to transmit information.