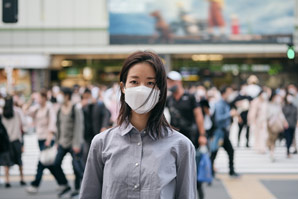 Living people of Japanese descent are descended from three distinct genetic groups, and not two as previously thought.

People have been living in Japan for about 40,000 years, but the biggest upheavals in Japanese society have occurred only in the past three millennia. A longstanding hypothesis on this history posits two sources to the modern Japanese genome: the original indigenous hunter-gather population and arrivals from East Asia, who brought rice farming to Japan around 2,000 years ago.

Now, a genetic study by a team led by researchers at Kanazawa University in Kanazawa city, Japan, has uncovered a third contribution: a later influx of people from East Asia in the third to sixth century — an era characterized by key-shaped tombs.

The team made this discovery by analysing the genomes of 12 individuals who lived at different times over the past nine millennia — the largest such study conducted so far.