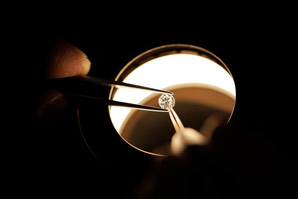 Pure diamonds provide a window into chemical reactions on the seafloor that drive metals deep into the Earth.

Serpentinite is a greenish rock that forms out of seawater and minerals in oceanic crust as it sinks into the mantle. It is widely thought to convey surface minerals deep into the Earth, but direct evidence has been lacking.

Now, a team that included researchers from the University of Cape Town has analysed the composition of microscopic minerals trapped in extremely pure diamonds that formed between 460 and 750 kilometres below the Earth’s surface.

The team identified very heavy iron isotopes that could not have formed at such depths. More plausibly they come from iron-rich minerals, such as magnetite, generated during the transformation of the igneous rock peridotite into serpentinite on the seafloor, which then descended into the mantle.

These findings help establish a long-suspected pathway by which surface minerals are recycled deep inside the Earth.