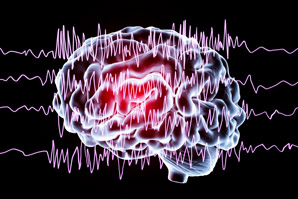 A wireless implantable device combined with wearable sensors could detect a potentially fatal medical emergency such as an epileptic seizure and automatically deliver a dose of medication.

A team led by researchers from the Institute for Basic Science in South Korea has developed a soft implantable drug-delivery device that can be inserted under the skin of the wrist. It interfaces wirelessly with a headband equipped with sensors that monitor electrical brain activity. A separate power transmitter, resembling a watch, is placed above the implanted device.

If the wearer experiences a medical crisis such as a seizure, the sensors detect it and send a signal to the power transmitter to trigger the implanted drug-delivery system.

A trial in mice showed that the device can deliver a life-saving dose of medication.