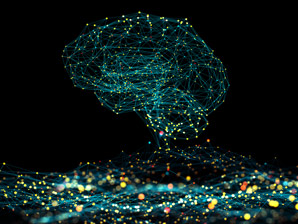 Dopamine neurons in the brain not only signal the reward after making a good choice; they are also active during the decision-making process itself, research on monkeys indicates.

During decision making, neurons in the brain’s orbitofrontal cortex were thought to dominate the process of weighing the value of various options. If a decision resulted in a better-than-expected outcome, dopamine neurons in the midbrain then reinforced that choice with a reward signal.

Now, five researchers, all from the University of Tsukuba in Japan, have studied the activity of individual dopamine neurons in the brains of monkeys choosing one of two sequentially offered rewards. They found that the dopamine neurons are active in valuing each option as soon as it is offered and also change their activity levels as the final choice is made, even before the same activity occurs in neurons of the orbitofrontal cortex.