VRK-1 extends life span by activation of AMPK via phosphorylation 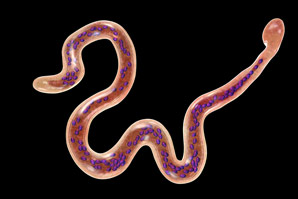 A protein widely expressed in human tissues could hold the key to extending life.

Researchers in South Korea showed that they could lengthen or shorten the lifespan of nematode worms by altering the activity of a protein known as VRK-1. Humans also have this protein, and drugs that alter VRK-1 levels could promote longevity.

The team, co-led by scientists at the Korea Advanced Institute of Science and Technology (KAIST), found that worms that had been genetically engineered to have elevated VRK-1 activity lived longer, whereas genetic inhibition of VRK-1 had the opposite effect.

The researchers also detailed the molecular effects of VRK-1 expression. They showed in both worms and cultured human cells how the longevity-associated factor adds a chemical tag to another protein called AMPK. This in turn stimulates AMPK, a critical sensor of cellular energy with known anti-ageing properties.