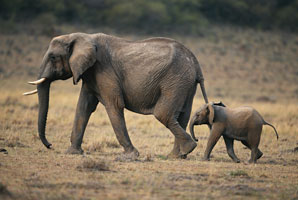 The greater degree of biodiversity found on land compared to the oceans may be a function of how organisms in those environments get around.

An Australian team, including researchers from the University of New South Wales, collected published information on the locomotion mode and genetic diversity of 1,150 vertebrate species, including birds, fish, mammals and reptiles.

They found that species that walked tended to have higher levels of genetic differentiation — genetic differences between geographically separate populations — compared to species that swam or flew. The discovery could explain why around 80 per cent of all living species are found on land, which accounts for only 30 per cent of the Earth’s surface.

Researchers suggested that vertebrate species that walk don’t travel as far or as fast as those that swim or fly, so genetic differentiation occurs over much shorter geographic distances, and therefore more frequently.