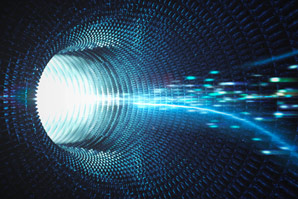 A quantum effect known as the quantum Hall effect (QHE) was first realized in a two-dimensional system back in 1980. Since then material scientists have been trying to create it in three-dimensional (3D) systems.

In 2017, researchers proposed a new mechanism for realizing the 3D QHE in topological semimetals. However, many aspects of this mechanism were unclear.

Now, a team that included researchers from Soochow University in China has investigated the 3D QHE effect in topological quantum materials known as Weyl semimetals.

They found that electrons form a closed trajectory after connecting the side surfaces via chiral Landau states and connecting the top and bottom surfaces via Fermi-arc surface states. Furthermore, under a tilted magnetic field, the chiral Landau bands affect the spatial distribution of the edge states, with the resulting edge states leading to the distinctive Hall transport phenomenon.

The work has led to a more comprehensive understanding of the edge states in Weyl semimetals.