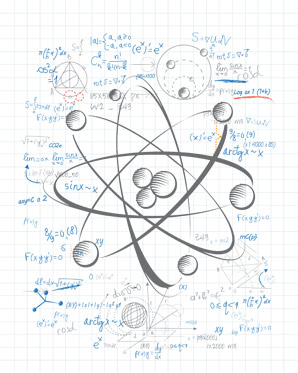 Extremely precise atomic clocks that may help in the search for elusive dark matter are closer to becoming a reality thanks to a more accurate method for calculating electronic transitions in highly charged ions.

Highly charged ions are attractive for developing very precise atomic clocks. Such clocks will be highly sensitive to variations in a fundamental physical constant. Since some theories predict that dark matter will cause the constant to fluctuate in space and time, such clocks may be able to detect dark matter.

Now, a team led by physicists from Peter the Great St. Petersburg Polytechnic University has developed a theoretical method that can predict ‘clock’ transitions between electron energy levels in highly charged ions with higher precision than previously.

They demonstrated the method on an iridium ion with a charge of 17. Based on the results, the researchers propose a strategy for experimentally observing clock transitions in this ion.