Intensity of Waves Inside a Strongly Disordered Medium 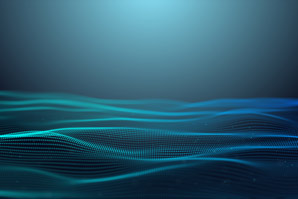 The intensity of waves in a three-dimensional material that has a high degree of disorder does not drop off exponentially — rather it exhibits a step-like change.

The interaction of waves with disordered materials covers a very broad range of applications including the whiteness of paints, the electrical conductance of metals and cryptography. Most research to date has focused on how waves rebound from such disordered systems, but far less is known about what happens to waves inside them.

Now, a theoretical physicist at Peter the Great St. Petersburg Polytechnic University in Russia and a collaborator have performed numerical simulations. Their results show that, provided the disorder is large enough, the intensity of waves in a three-dimensional system follows that in a one-dimensional one, undergoing a step-like change rather than an exponential drop.

The pair also uncovered limitations in one of the two main theories used to describe wave propagation in disordered media.